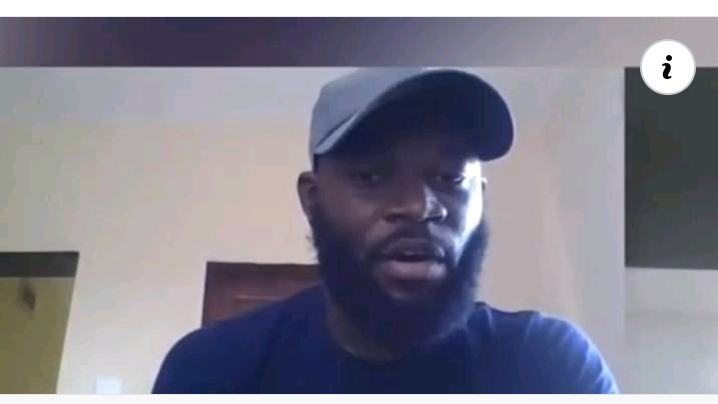 The Chairman, Oyo Muslim Community, Alhaji Kunle Sanni has shown genuine interest in offering a job opportunity to a young job seeker, Adebowale Sikiru, who alleged that he was denied employment in the recently collapsed 21-storey building at Gerrard Road, Ikoyi, Lagos for being a Muslim.

The video of Mr Adebowale, which has gone viral surfaced on Wednesday, few days after the building collapsed, killing so far, 32 people and others injured according to a statement by the Lagos State government.

As the rescue operation continues at the site of the affected building, the visual interview of Mr. Adebowale, a graduate of Urban and Regional Planning from the University of Lagos, with AN 24 surfaced online, where he related how he narrowly escaped death in the collapsed building following his rejection for being a Muslim.

He claimed to have left the site barely two hours before the sad incident, adding that, “I left the construction site around 1pm on Monday. I remember I still had a conversation with my friend while still on site around 12:45/46 and I was still around till about 1pm to 1:15 pm.

“I went for an interview. I was supposed to meet, maybe the GM of Fourscore Heights Limited, Mr Femi Osibono. I was there for an interview basically as a Site Engineer and all. The the job role, according to him is actually beyond what I actually thought. For me, I thought it was going to be a normal 9 to 5 job, because I felt that I wasn’t going to work on Saturdays and Sundays as I have trainings I am undergoing in my tech field. I wouldn’t want to jeopardize that for something I am just doing to keep myself busy, pending when I find myself in my own field.

“During the interview, I told him the things I have done before and things I will like to do and all. The next thing he did was to ask me, what Church do you attend? I told him, I am a Muslim. Then he said, “I can’t work with a Muslim”.

“One of his friends was also there. I felt a bit sad. My religion has got nothing to do with what I want to do. It doesn’t have anything to do with my productivity. I know myself and what I can do,” he noted.

The accused man, Mr Osibono’s lifeless body was found and retrieved from the rubble, his alleged discriminating action against Mr Adebowale – a Yoruba Muslim, has continued to generate reactions online, especially from Muslims.

One of those who reacted was Alhaji Sanni, the chairman, Oyo State Muslim Community, who thanked Allah for saving the life of the young job seeker due to his unshakable faith (Islam).

According to him, “This incident exposed the hypersonic intolerance and animosity of an average Christian against Islam and the Muslims”.

Alhaji Sanni describe the young job seeker “an international Islamic hero”, saying, with the permission of Allah, the rejected man will get a job.

“Your new name is Ayatul Islam Adebowale Sikiru. You can share the news that this brother would be employed tomorrow. Please, quote me. Let us find a way to get his contact. Adebowale Sikiru, wherever you are please, call any of these numbers – 08055265672, 08023460437, a job is waiting for you. You lost a job because of your strong belief in Islam, but apart from getting a job you have become an international Islamic hero. Alhamdulilah,” he added.