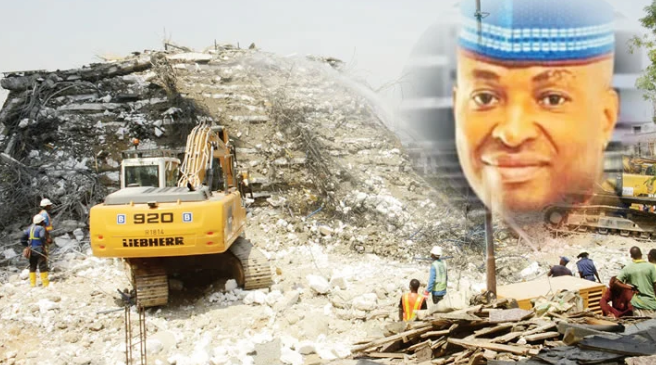 A crisis is brewing in the Femi Osibona family, the developer of the collapsed high-rise building in Ikoyi, Lagos state.

His wife and his family reportedly clashed over access to the deceased’s cash and luxury vehicles in his house on Mosley Road, Ikoyi, barely 24 hours after his body was recovered from the rubble.

It was gathered that the wife, who flew in from the United States of America following the death of her husband, was denied access to the Ikoyi residence of the late developer by his siblings.

Osibona’s wife and siblings were said to have arrived at his residence with mobile policemen to lay claim to his assets, including luxury vehicles, cash, and other valuable items.

But the late developer’s neighbours were said to have shut them out to avoid being caught up in the crisis.

A reliable source close to the family, who confirmed the clash said though the deceased did not die intestate, his family members fought over his assets.

The source said, “There is big fighting going on. The wife had been mostly abroad. There is a will but once a man dies, there is a problem. Instead of them (the family) to focus on the collapsed building, they are looking at the property (on Mosley Road). They are waiting to gain access (to the apartment); they are still there.”