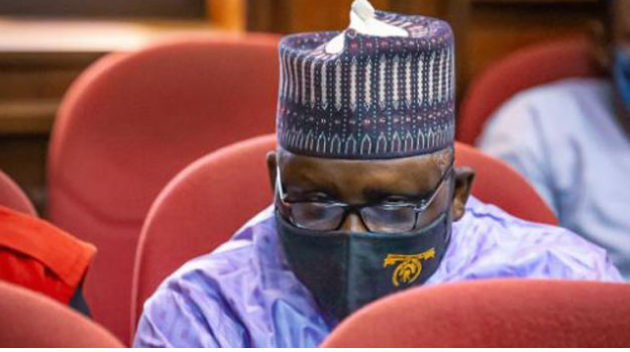 Abdulrasheed Maina, the former chairman of the now-defunct Pension Reformed Task Team has been found guilty of money laundering.

Justice Okon Abang of the Federal High Court is currently reading the judgement in Abuja, the nation’s capital.

The court further held that the prosecution, Economic and Financial Crimes Commission (EFCC),  produced essential evidence through witnesses called, to prove beyond reasonable doubt that Mr Maina is guilty of money laundering in the sum of N171,099,000.

The court added that the defendant (Maina), called only one witness to his defense when he had the opportunity to call as many as he could.

The evidence in chief of the witness did not help the defendant as they did not relate to the charges against the defendants.