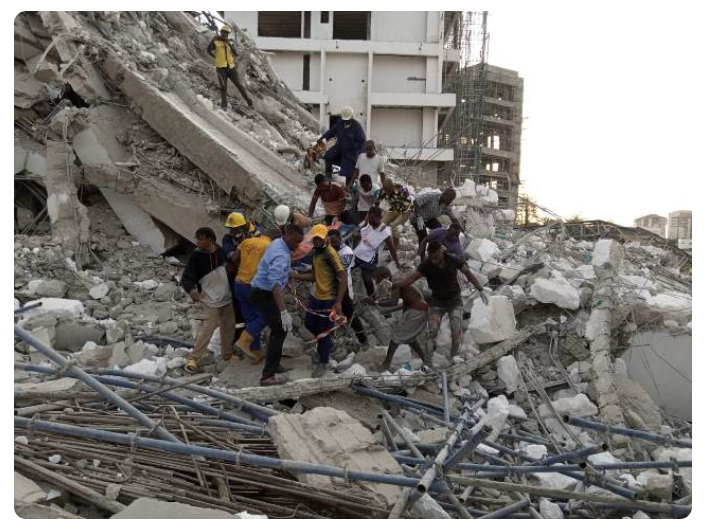 Another body has been recovered from the rubble of the building which collapsed in Ikoyi area of Lagos.

The structure, which was being developed by Fourscore Homes, caved in on Monday.

Femi Osibona, owner of Fourscore Homes, is one of the 43 persons who have been confirmed to have died in the collapse.

Osibona’s body was recovered from the rubble on Thursday.

Gbenga Omotoso, Lagos commissioner for information and strategy, in a statement on Sunday, announced the recovery of another body.

“One more body has been recovered from the site of the collapsed 21-storey building in Ikoyi, Lagos,” the statement reads.

“The body, which was recovered on Saturday, has brought the number of bodies retrieved from the rubble to 43.

“There are 15 survivors and 49 persons have reported that their loved ones are missing.

“At the Infectious Disease Hospital (IDH), Yaba, the identification of bodies continues.

“Governor Babajide Sanwo-Olu, once again, commiserates with the families of those who died in the incident.”

Meanwhile, there is still no official figure of how many people were in the building at the time of the collapse.