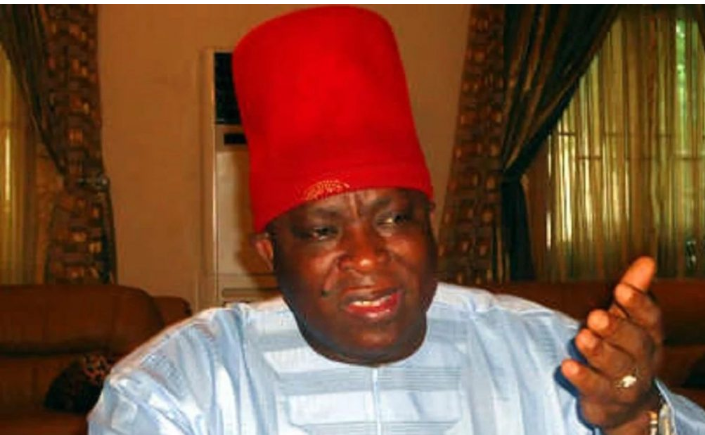 There had been a restriction of movement in and out of Ihiala Local Government Area, with stern-looking military operatives manning the borders to the community.

Umeh who hails from Aguluzoigbo in Anaocha Local Government Area was said to have entered Ihiala but made to enter the local government secretariat, where materials for the election were being distributed when he was barred by security operatives.

Umeh, a state agent of the party who arrived at the Ihiala Local Government secretariat around 10:30am in the company of other party members was turned back by the GOC, 82 Division.

He said he was at the secretariat to ensure things went well.

According to the GOC, the former lawmaker had no business being at the Secretariat as he was a state agent.

“You are not supposed to be here. You are a state agent not an LGA agent,” the senior military officer replied.