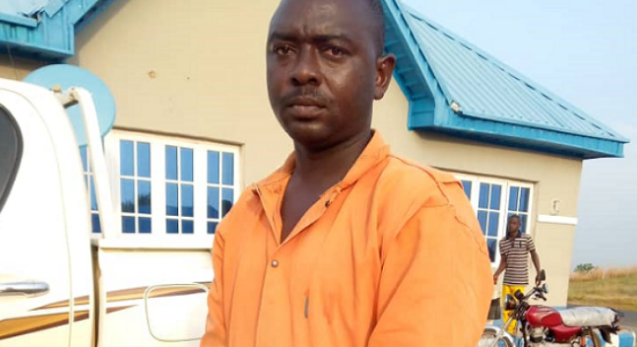 The air force has arrested Torsabo Solomon, a sergeant, in connection with the attack on the Nigerian Defence Academy (NDA) in Kaduna.

Two officers were killed and one other officer was abducted when the NDA was attacked by suspected bandits in August.

The development caused an uproar in the country and raised concerns about the rising insecurity.

Military sources told TheCable that Solomon was arrested on Monday at the NAF’s 153 BSG in Yola, Adamawa state capital.

The order to arrest him was said to have come from IM Yusuf, a major-general and the commandant of the NDA.

The personnel is also suspected of selling arms and ammunition to bandits and criminals.

Following his arrest, he was said to have been taken to the NDA in Kaduna for further investigation.

In the wake of the NDA attack, the presidency had described the incident as a deliberate attempt to make the government look bad and discourage the military in its fight against insecurity.

“The NDA attack was meant to throw a dampener into the morale of our military. And the negative chorus, always on standby, is reinforcing the intention. But some people know better, and they will not be discouraged,” Femi Adesina, presidential spokesperson, had said.