Troops Repel ISWAP Attack On Military Base In Borno 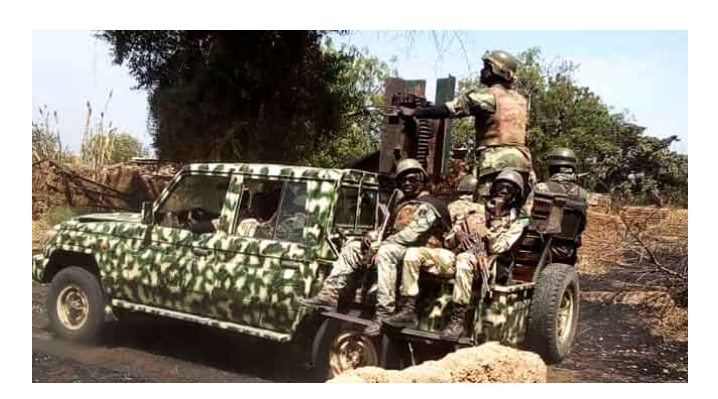 A military base in Tamsukawu, a village in Kaga local government of Borno state on Monday afternoon came under attack.

The Islamic State of West Africa Province (ISWAP), a rival terrorist group to Boko Haram is the prime suspect for the attack.

The attack was however successfully repelled by the military but it is still unclear if there were any casualties.

Civilians in the village, who were resettled in 2018, scampered to safety in their homes even though they were apparently not the target for today’s attack.

Tamsukawu, located along the Maiduguri-Damaturu Highway is about 80 kilometers from Maiduguri, the capital city.

Monday’s attack is the second in one week, around the same village.

Last Tuesday, the terrorists reportedly laid ambush on the highway along with a notorious terrorist crossing point near the Tamsukawu bridge and abducted travellers.

The incident took place near a bridge between Tamsukawu and Ngamdu town at about 3 pm.

Unverified reports indicate that the ISWAP recently appointed new commanders under the purported directive of their foreign collaborators at the ISIS headquarters.

The change in command is to midwife logistics support for special missions in Baga, Marte, and Malamfatori in Abadam where the Borno State Governor, Babagana Zulum was recently attacked during a routine inspection of rehabilitation aimed at resetting indigenes of that place by November 27.

The reports also predict a resumption of abductions on the Maiduguri-Damaturu road in the coming days.