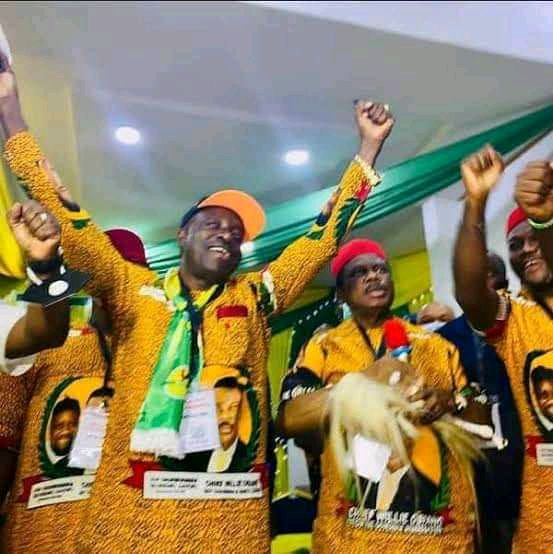 The Independent National Electoral Commission (INEC) has declared Chukwuma Soludo, candidate of the All Progressives Grand Alliance (APGA), as winner of the Anambra governorship election.

Florence Obi, returning officer for the state, announced the result on Wednesday morning.

The APGA candidate secured 112,229 votes to defeat his two major rivals — Valentine Ozigbo of the PDP who got 53,807 votes, and Andy Uba of the All Progressives Congress (APC) who secured 43,285 votes.

Ifeanyi Ubah of the Young Progressives Party (YPP) came next with 21,261 votes.

Soludo, a former governor of the Central Bank of Nigeria (CBN), was declared winner of the election at exactly 1:51 am on Wednesday.

“Charles Chukwuma Soludo of APGA, having satisfied the requirements of the law, is hereby declared the winner and returned elected,” Obi said.

The collation of results, which ended days behind schedule, was earlier suspended.

The decision to suspend the election was taken a few minutes into Monday morning, with INEC declaring a supplementary election scheduled for November 9.

As of Sunday evening, Soludo was leading with a margin of 52,624 votes.

Following the announcement of the result on Wednesday, there was jubilation at Soludo’s residence.

The former CBN governor won in 19 of the 21 LGAs in Anambra state, while the Peoples Democratic Party (PDP) won Ogbaru and Young Progressives Party (YPP) secured victory in Nnewi north.

See the breakdown of the final result below.