‘There is joy in the land’ — Soludo speaks on election victory 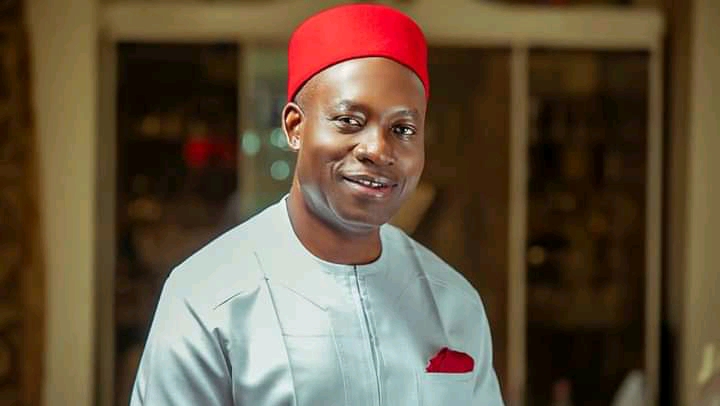 Chukwuma Soludo, governor-elect of Anambra, has commended the Independent National Electoral Commission (INEC) for ensuring that the recently-concluded election was free and fair.

Florence Obi, returning officer for the state, announced Soludo as winner of the election at 1:51 am on Wednesday.

The All Progressives Grand Alliance (APGA) candidate secured 112,229 votes to defeat his two major rivals — Valentine Ozigbo of the Peoples Democratic Party (PDP) who got 53,807 votes, and Andy Uba of the All Progressives Congress (APC) who secured 43,285 votes.

Soludo, while delivering his acceptance speech shortly after the result was announced, thanked his family, as well as leaders and members of APGA for their support.

He also prayed for the repose of the souls of the three police officers and other persons who were killed when he was attacked by gunmen during his campaign.

The former governor of the Central Bank of Nigeria (CBN) commended the judiciary, President Muhammadu Buhari and security agencies for “ensuring a level-playing field”.

He also urged other candidates to work with him to bring sustainable development to the state.

“With utmost humility and gratitude to God, I accept the result of the Anambra governorship election. This reflects the supreme will of the Almighty God and an overwhelming sacred mandate of the people,” he said.

“For 12 years since the massive clamour by the people of Anambra for us to serve them, we persevered till this divine moment. This is a divine journey whose time has come. To God be all the glory and adoration.

“The run-up to this election and the election itself tested the resilience and the integrity of our federal institutions. Many times, there were tensions, especially as one party boasted that it must ‘take or conquer Anambra by all means’. Our institutions proved again and again that this country can achieve eminent greatness when our institutions rise to the occasion.

“Aside from the initial hitches from the operations of the BVAS machines in some places, including at my polling unit, the election has been adjudged as the most peaceful, free, fair and credible. There is joy in the land. Kudos to INEC.

“To my fellow candidates in the election, I wish to congratulate you for the gallant contest. Our people have spoken overwhelmingly and surely, that voice is the voice of God. The ultimate winner is the Anambra people. We are all winners.

“I hereby extend my hand of fellowship to all of you; I need all of you to succeed. Politics aside, we are all brothers. Let’s come together for the project, Anambra. There is enough room for everyone to contribute in the service of our homeland.”

He added that the Bimodal Voter Accreditation System (BVAS) represented a “massive improvement” on the card readers, and urged INEC to do more to improve on the quality of elections.