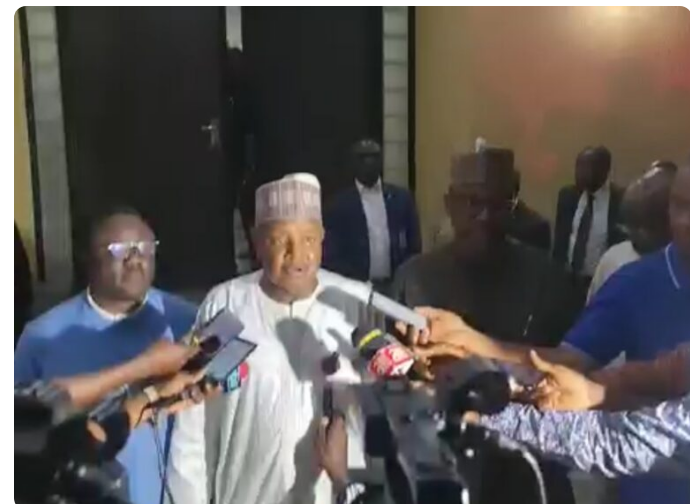 Governors on the platform of All Progressives Congress APC on Sunday night resolved at their meeting in Abuja to meet with President Buhari to discuss the national convention and other matters.

Governor Atiku Bagudu, who chairs the Progressive Governors Forum said this at the end of its meeting.

Bagudu also said the governors commended the Caretaker Committee of the party for the “wonderful job”, being done, with respect to the congresses held in all the states.

But Bagudu said crucial decisions on the planned convention and the contentious open primary clause in the electoral bill will be discussed with Buhari.

“We are going to meet our leader”, he said.

Earlier reports had speculated that the meeting was called to deliberate on the way forward for the party, especially with regards to its planned national convention.

The meeting which started around 8pm took place behind closed doors at the Kebbi state Governor’s Lodge in Asokoro.

The party is currently divided on the issue of the convention as some stakeholders want it held before Christmas while others are pushing for the second quarter of next year.

As of 8.30pm, at least 17 of the governors had already seated for the meeting.

The Governors of Osun, Yobe, Gombe and Kaduna States were still being expected.