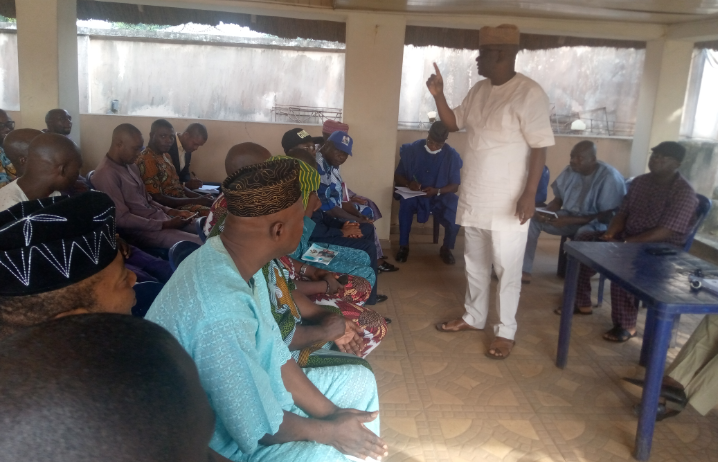 The Senator representing Ekiti North Senatorial District, Olubunmi Adetunmbi, has supported the All Progressives Congress (APC) candidates ahead of the December 4, 2021 Local Government election in Ekiti state with over six million naira.

Senator Adetunmbi who hosted the Ekiti North APC candidates from the 11 LGs/LCDAs in his Ifaki country home, charged them to continue to work hard for the success of the party.

The APC Chairmanship Candidate in Oye Local Government, Hon. Sunday Ajimoko thanked Senator Adetunmbi for his support and prayed for the victory of all the candidates in the poll.