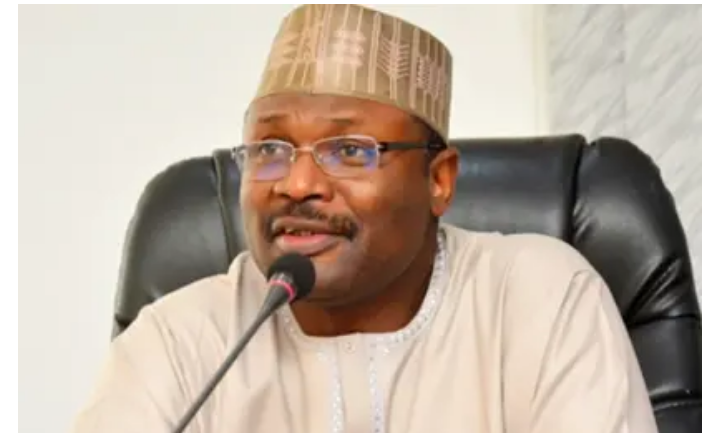 The National Chairman of the Independent National Electoral Commission, INEC, Professor Mahmood Yakubu, has declared the readiness of the commission to monitor direct primaries of political parties once President Muhammadu Buhari signs the amended Electoral Bill into law.

Speaking at an interactive meeting with Online publishers in Lagos, yesterday, Yakubu, who advised politicians who are acquiring multiple voters cards with the hope of rigging polls to have a rethink because the latest technology deployed by the commission would neutralise their efforts, said the INEC is ready to implement direct primaries.

”Since it emerged that the Direct Primary clause was included in the Electoral Act amendment Bill, many of you have been asking the Commission for its position. The issue is not about our position but the process. In the exercise of its constitutional power, the National Assembly has passed the Bill into law awaiting presidential assent. Once the process is concluded, the Bill becomes law and every person and authority in Nigeria, including the Commission, must obey. The Commission will give expeditious consideration to the law, including the detailed regulations and guidelines for its implementation where necessary,” he said.

Speaking on the November 6 and 9, 2021 Anambra Governorship election, Professor Yakubu commended Anambra voters for their patience during the initial technical glitches that marred the poll.

”The Commission is not unaware of the issues raised about the performance of the new technology deployed for voter accreditation. The deployment of the Bimodal Voters Accreditation System, BVAS, in the Anambra Governorship election was the second pilot test. It was intended to achieve two objectives. First is voter accreditation to replace Smart Card Reader. The second is the uploading of polling unit results on the INEC Result Viewing (IReV) portal to replace the z-pad.

”The BVAS performed optimally in uploading results on the IReV but there were usual challenges associated with the pilot of new technology in a major election. From our assessment so far, much of the glitches encountered on Election Day in Anambra State had little to do with the machines but more with the operators of the system.

”The extraordinarily difficult circumstances under which the election was held meant that some of the better-trained ad hoc staff withdrew at the 11th hour. Similarly, some critical service providers such as vehicle owners also withdrew thereby severely affecting our plans for rapid response by our technicians- the Registration Area Technical (RATECH) staff.

”In spite of the glitches, BVAS has justified our determination to deepen the deployment of technology in the electoral process.”

He said the INEC had learned from the Anambra experience assuring that future polls would be better conducted and managed.

” I want to reassure Nigerians that we have learnt vital lessons from the Anambra pilot. There will be a remarkable improvement in the next major election, which is the end-of-tenure Area Council election in the Federal Capital Territory, FCT, scheduled to hold in three months on 12th February 2022,”

Professor Yakubu called for the support of the media and all stakeholders in the task of ensuring peace and credibility because now ”elections are held all-year-round between one General Election and another with no respite. There is no election season any longer in Nigeria.”

”Since the 2019 General election, the commission has conducted 36 elections made up of five governorship constituencies (Anambra, Bayelsa, Edo, Kogi and Ondo), six senatorial districts, seven House of Representatives seats and 18 state assembly constituencies. Yet there are more elections to be conducted in the next eight months.

The Federal Capital Territory, FCT, Area Council elections made up of 68 constituencies (six council chairmen and 62 councillors) is scheduled to hold on 12th February 2022, followed by the Ekiti and Osun State governorship elections held on 18th June 2022 and 16th July 2022 respectively.

While the off-season governorship elections are known in advance, the bye-elections, mainly caused by the deaths of serving members of the National and State Assembly, are unpredictable,” he added.