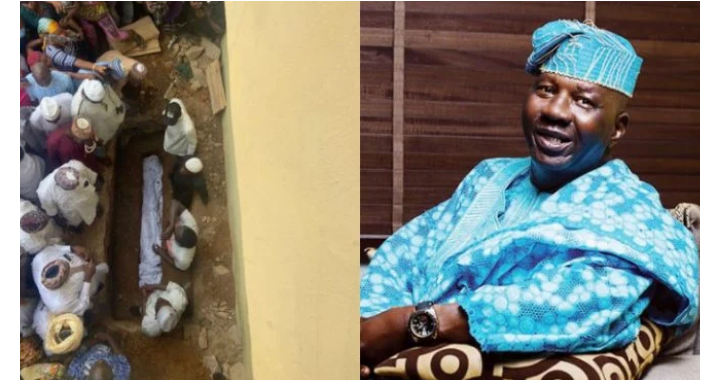 Mr Latin said this at the burial of the deceased actor at his Ikorodu residence on Thursday, November 25, 2021.

Amusan said that those spreading the rumor acted out of ignorance as the association stood firmly with Baba Suwe during his trying times before he finally died on Monday.

Speaking with newsmen, Mr Latin said: “ He has been on and off hospital for a while so it was a surprise that he died that day.

“We were all praying for him to live longer but unfortunately he died that day and we can’t query God, that is how God wants it”.

“Everybody knows we tried our best. We took him to the hospital, we paid his hospital bill and we have been doing that since 2016 but we can’t be going to different pages of newspapers to announce what we have done.

“We are trying our best to support of our people that are sick but as an association, we can’t be going on social media to announce what we have done so those people saying we abandoned him are very ignorant of what is happening.

“Immediately Baba Suwe died, I was the first person his first son called and said we lost Baba Suwe today, what’s the next thing to do. He was an association man, a colleague, an entertainer and someone we hold so dearly so how can we abandon someone like that.