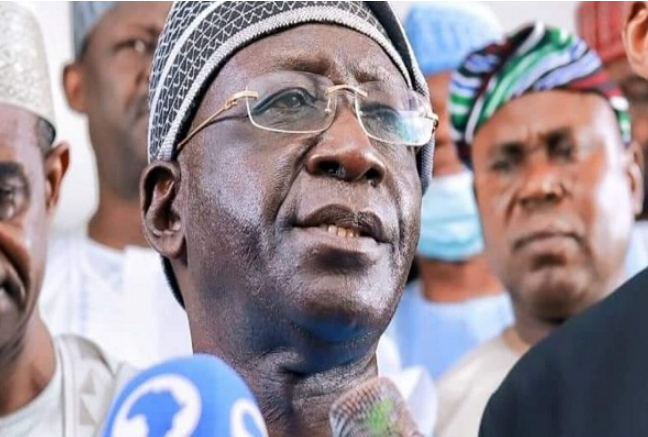 Ayu spoke with reporters in Abuja on the imperative of accountability in the handling of party finances, which has been lacking, after the PDP lost the Presidency in 2015.

He said: “By the time we come to office, accountability will remain our watch word and I want to assure all of you that we will run the PDP administration as transparently as possible.

“The outgoing NWC has set up different committees to look into different areas. We shall take up all the reports, review them, look at the facts and then, attend to each issue according to the facts available to us”.

Giving a direct hint of what to expect when the newly-elected National Working Committee (NWC) members resume office on December 9, Ayu said: ”I want to assure you that we shall try to clean our house, no matter who is going to be affected.

“We shall try to clean our house by following due process. And that due process also includes exhausting all internal conflict resolving mechanism before we bring in any external intervention when we cannot resolve the issue”.

A former PDP National Chairman, Dr Okwesilieze Nwodo, had, in a paper he presented at the party’s just concluded two-day retreat, alleged  mismanagement of party funds during the period. Nwodo was removed from office in 2012, after spending seven months as chairman.

In his paper, entitled: Accountability and Transparency in the Management of Party Funds, Nwodo stated that the N11 billion and N800 million he left in the party’s fixed and current accounts could not be accounted for.

He said: “Today, we seem to have lost it. I handed over N11 billion in fixed deposit and N800 million in current account when I left as national chairman after seven months.

“I don’t see what was done with that money. Billions were raised to finish our national headquarters. We don’t seem to have a trace of where all that money went.

“Our headquarters is yet to be completed. Today we don’t even have a party account. We have to get back to strict monitoring of our party accounts.

“Our internal audit department needs to be strengthened and supported by the party leadership. Very strict sanctions must be imposed on mismanagement of party funds.

“I suggest that we include inviting EFCC (Economic and Financial Crimes Commission) to probe errant officers and members and prosecute those found culpable. This is the only way to create deterrent”.

On the party’s position on direct primary clause passed by the National Assembly in the latest amendment to the Electoral Act, Ayu said the party would involve stakeholders in arriving at a common position.

“I have not read the amendment. So, I cannot comment on it yet. But, we have been briefed by our representatives at the National Assembly.

“We are going to involve all stakeholders and party organs in consultation to enable us take an informed position. We are going to adopt a holistic approach on the matter and everybody will be carried along.”

Ayu spoke against the planned subsidy removal by the Federal Government and hike in the price of petrol, saying that the rich are the beneficiaries of subsidy, while the masses are bearing the hardship.

“The PDP does not believe in visiting more hardship on the Nigerian people. The party has not discussed the issue of increase in petroleum prices but our general position is that the people of Nigeria are already hard pressed, there is so much hardship.

“If you are poor, you are not going to benefit from what is called petroleum subsidy because if you increase the price of petroleum products today, with the kind of suffering that Nigerians are going through, it means that there will be enormous difficulty in transportation.

“Food prices will escalate and there are already very high prices out there. You will find that crime rate will increase. Every single vice which has escalated under the APC will double.

“So, the APC government is trying to take us into the highest level of suffering and ultimately, taking Nigerians to a position of non-existence.”