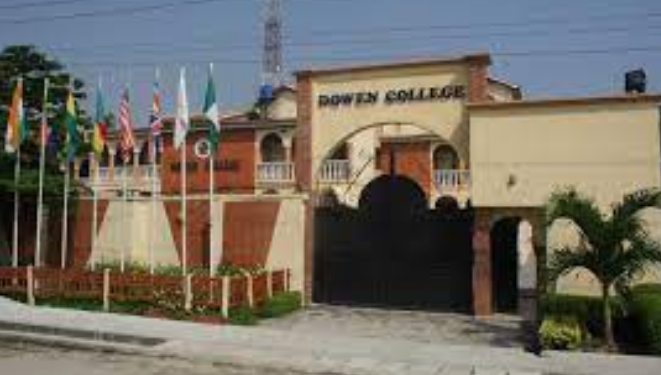 A Lagos-based businesswoman, Nikky Ufondu, has narrated how she withdrew her son, Henry Ufondu, from Dowen College in 2013 following his repeated bullying by some senior students of the college.

Ufondu said that her son, 10 years old at the time, in Junior Secondary School 1 of the college, was always assaulted and subjected to serve unnecessary punishments whenever he fails to produce whatever the accosting senior students requested.

She said: “Henry was 10 years old when he joined the school for JSS classes in 2013, his provision gets finished fast and would request for another set, and since he was scared to ask me directly, he will rather complain to his school mother of not having provision anymore.

“This case happened countless times. Even when I had just visited him during visiting day and supplied him enough provisions and pocket money, just in less than a week, Henry would be asking for another set of provisions and money.

“I and his father started suspecting him because we knew something was not right. It took us weeks before our son was able to confess to us what he had been doing with his money and provisions.

“Those senior boys have put fears in my son with threats to deal with him should he inform his parents or anybody in the school.

“I wouldn’t have bothered myself about the seizing of provision and pocket money from Henry but the poor boy informed me of what the senior boys have been doing to him. I had to confront all of them.”

Recall that the Kashamu family, in a statement by Mutairu Kashamu, said: “Since the news of the unfortunate incident broke, we have made our own private enquiries and carefully questioned our son about his involvement. This is why we did not rush out to respond to the cyber-stalking, name-calling, and negative commentaries that have taken over social media about our son’s alleged involvement in this sad incident.

“Our son, Adewale Michael Kashamu, had acted as a school father for the late Sylvester in his first session in the school at the request of Sylvester’s sister who is also a student of the school.

“However, in the 2021 session commencing in September 2021 Adewale Michael Kashamu was moved to a different floor in the boarding house, and engrossed in his own studies and activities, he was no longer as close to Sylvester as in the previous session.

“On that occasion, Sylvester’s parents made a report to the school and the affected students were questioned and one of them at least was suspended.

“Adewale Kashamu is not aware that an identical incident occurred again this year leading to Sylvester’s injury and death.”