‘We have submitted to the will of Allah’, 2 parents whose 8 children died in abandoned car in Lagos 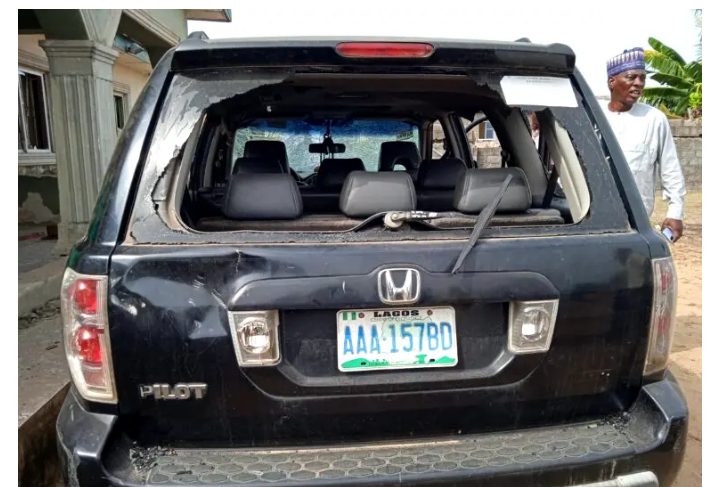 Two parents, Ibrahim Jubril and Isiaka Alidu, whose seven children were among eight who died on Saturday in an abandoned vehicle in Magbon, Badagry, said they had since submitted to the will of Allah.

The News Agency of Nigeria (NAN) reports that Magbon was thrown into confusion following the discovery of the lifeless bodies of eight children – aged between four and nine — inside a parked Honda Pilot with registration number AAA157BD.

They were discovered when one Saliat Kazeem, who wanted to feed her granddaughter raised the alarm that the children were trapped inside the vehicle.

Ibrahim Jubril, one of the bereaved fathers, told NAN that he lost four children in the incident.

“I was inside this central mosque when people came to call me to come and see what happened to my children.

“Before I got to the scene, they have brought them out of the car. Nobody knows how they got inside the motor and locked themselves inside.

“As a Muslim, everything that happens in life comes from Allah, we believe that it is Allah that gives and take back at any time in life. My wife has also submitted to the will of Allah.

“We have buried our children according to Muslim rites and we are here at the mosque praying to Allah to forgive them their sins,” he said.

Another bereaved father, Isiaka Abdul-Wahab, said he lost three children in the incident.

“My two boys, Abdul-Wahab and Yakubu, then a girl, Zainab, just returned from Quranic school; after eating they started playing with their friends.

“I went to the mosque to pray for about an hour and from there I went to Quranic school to see a friend.

“Suddenly, my wife sent for me, when I got there, I saw the lifeless bodies of my children.

“We have submitted to the will of Allah because he is the one that gives and take,” he said.

In his reaction, Alhaji Abdullahi Hassan, a Moslem leader in the area, urged the government to get to the root of the matter.

“This thing that happened to our children can happen to anybody. The findings will calm our youths down, so government should find out the fact of the incident,” he said.

NAN reports that the Chairman of Olorunda LCDA, Mr Samson Olatunde, had earlier visited the parents of the deceased.

Spokesperson for Lagos State Police Command, Adekunle Ajisebutu, had said: “Eight children were said to have mistakenly locked themselves in an abandoned car while playing.
“Their bodies have been recovered and deposited at the Badagry General Hospital’s morgue for autopsy, so as to determine the actual cause of death.

“Notwithstanding the report made to the Police, the Commissioner of Police, Mr. Hakeem Odumosu, has ordered a thorough and speedy investigation into the circumstances surrounding their death”.

The house where the incident occurred remained locked, preventing people from gaining access, when NAN correspondent who visited the scene on Monday.