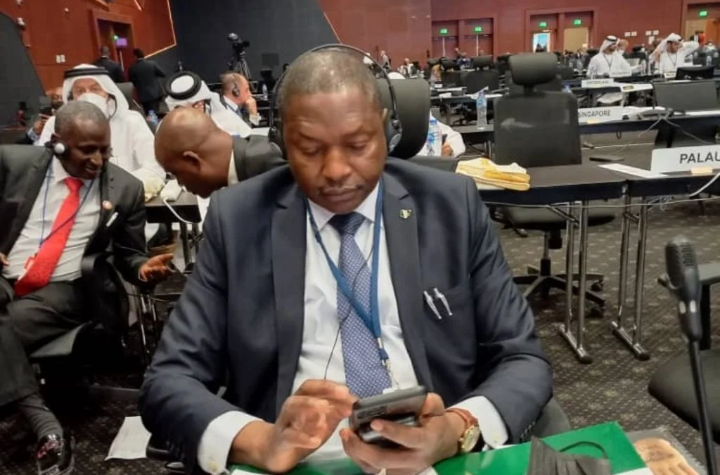 Abubakar Malami (SAN), the Attorney-General of the Federation and Minister of Justice, has said the Federal Government is yet to officially designate bandits as terrorists because the government is following international best practices.

The AG said his office was in the process of gazetting a court judgement that ordered the government to declare bandits as terrorists, adding that the process would be concluded in a matter of days.

Malami spoke on Tuesday as a guest on NTA Good Morning Nigeria Show.

States in the North-West geopolitical zone including Zamfara, Katsina, Sokoto and Kaduna have been ravaged with banditry in the last year. The nefarious activities of the marauders have also spilt into the North Central and other zones in the country. The bandits have killed hundreds of innocent persons, kidnapped several others including schoolchildren, with some still in their custody, while some are nursing injuries sustained during the attacks.

There has been clamour by many Nigerians including socio-political groups that bandits should be declared as terrorists like the bloodthirsty Boko Haram insurgent group.

Justice Taiwo Taiwo of the Federal High Court in Abuja on November 26, 2021, had granted an ex parte application by the Federal Government for Yan Bindiga (Hausa word for gunmen) and Yan Ta’adda (Hausa word for terrorists) to be declared as terrorists but the regime of President Muhammadu Buhari has not done so over a month after.

Whereas in the case of the Indigenous People of Biafra, Malami was able to gazette the designation of IPOB as terrorists on the same day that Justice Abdu Kafarati gave the order on September 20, 2017.

Speaking on Tuesday, Malami said the government acted swiftly in declaring IPOB and Boko Haram as terror groups because of the “threats to lives and properties they have caused in the nation.”

He said, “Government has a responsibility to act but within the context of acting, you equally expected to operate within the confines of international best practices associated with engagement and one of such best practices is that you can only use maximum force on groups, individuals that are declared terrorists and that is where the application of the Terrorism Act comes in place.

“With that in mind, Nigeria acted, first by proscribing IPOB, taking into consideration the threats to lives and properties they have caused in the nation. Boko Haram was proscribed.”

The AGF noted that the “good results” arising from outlawing IPOB and Boko Haram buoyed the government to consider the proscription of bandits, and the use of military hardware against the marauders.

He said, “Now, we are confronted with another threat in the North-West associated with banditry, kidnapping, cattle rustling and in all these, these people are using weapons to attack Nigerians, kidnap them and created a situation of serious security challenge and fear in the system.

“Whatever military hardware you acquire there are limits within the context of the international convention as to how it can be used, when it can be used and against who it can be used. And that is how the idea of looking at the activities of the bandits, cattle rustlers, kidnappers come into being.

On why his office has not gazetted the court order designating bandits as terrorists, the senior advocate said, “The gazetting of a court order or judgement is a process but what matters fundamentally within the context of international convention is the judicial declaration and that has been obtained; the court has declared bandits, kidnappers, cattle rustlers as terrorists.

“So, with or without the gazette, what gives effect to such declaration is a judicial pronouncement but the gazette is a mere formality and it has been on and I believe within a matter of days, it will be concluded.”