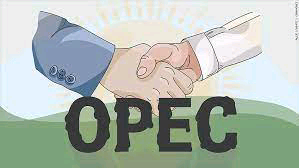 The increase was sequel to Tuesday’s OPEC and non- OPEC ministerial meet­ing which reaffirmed a 400,000-barrel per day increase in the monthly overall crude oil produc­tion and export for mem­ber countries.

The meeting reiterated the critical importance of adhering to full conformi­ty and to the compensation mechanism taking advan­tage of the extension of the compensation period until the end of June 2022.

The club’s members ap­proved a previous hike at their December meeting despite the emergence of Omicron, which had caused prices to fall as markets fretted over its potential impact on the global economy.

The December decision earned the thanks of the White House, nervous of the effect of rising prices at American petrol sta­tions, but it did not pre­vent crude prices from recovering considerably from their previous slump.

Besides, the price of Brent, Europe’s bench­mark oil contract, hit $79.76 at 1325 GMT on Tuesday — 15 percent higher than before the group’s December 2 meet­ing.

OPEC analysts said that Omicron would have a moderate impact on de­mand and the rise in price is expected to continue in 2022.

While the new COVID variant is spreading like wildfire around the world, it appears to be far less se­vere than initially feared, raising hopes that the pan­demic could be overcome and life return to a little more normality.

In remarks on Monday, OPEC Secretary General Mohammed Barkindo em­phasised the need to “re­main highly nimble and adaptable to the constantly changing situation”.

He said the group’s “flexible approach has helped provide an added sense of stability, reassur­ance and continuity to the market and investors”.

Al-Ghais, who was Ku­wait’s OPEC governor from 2017 to June 2021, is a deputy managing director of the Kuwait Petroleum Corporation (KPC).