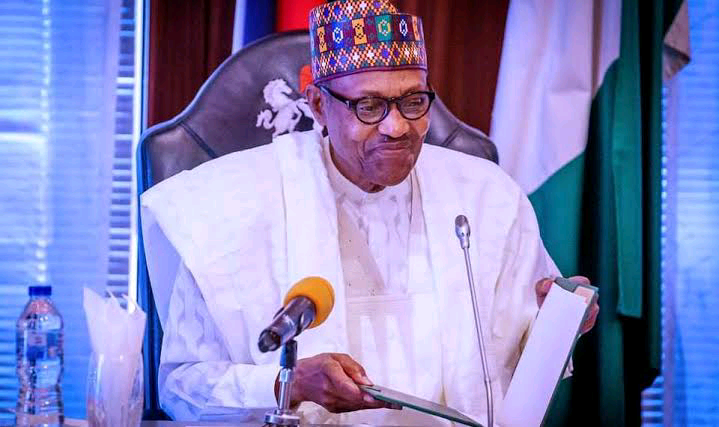 President Muhammadu Buhari yesterday urged All Progressives Congress (APC) leaders to put their house in order so that the ruling party can retain power in next year’s election.

He warned against the persistent differences, disunity and lack of agreement, which could put the platform in jeopardy during election.

President Buhari, who spoke on the challenges confronting the APC during an interview with the Nigerian Television Authority (NTA), foreclosed the possibility of foisting party leadership on members by any kingmaker.

He acknowledged the disagreement among APC leaders, which is delaying the party’s National Convention.

The President also explained that he withheld assent to the Electoral Amendment Bill 2021 because he wanted a botton-up structure that will give the power to choose party leaders to members.

He said the approach would give party members the opportunity to choose their preferred candidates from polling unit to ward, council area, state and national level.

President Buhari said: “We have a timeframe we have to work because the four-year tenure is constitutional. It cannot be interfered by anybody. So, if the APC can’t  agree, then, the opposition will naturally take over. What did the PDP do? They said the opposition could not come together, but when ACN, ANPP, CPC, APGA came together, before PDP realised it, they were off. They are still off. They can see it.

“My position is simple. I think I succeeded in trying to get my position understood in the sense that I said, we start from bottom upwards; from polling units to wards, to local governments, to states and then, to Abuja. So, the party, because I’m concerned about my party, the party, in all constituencies, they will know their leaders, coming up. Therefore, when they come to Abuja, they are likely to work together.”

He added: “There is no kingmaker from Abuja. No constituency is being dictated to. All constituencies are supposed to produce their leadership in our party. What other parties are doing is their own business, but we want to make sure that our party members understand that they are respected. It is from polling unit, to ward to local government, to state and after Abuja. So, those who want to be elected at any level, let them work for it. Nobody is going to appoint anybody”.

On the notion that suspected corrupt politicians from the opposition have been defecting to the ruling party to escape justice, the President said no corruption politician would go scot-free under his watch, even as members of his party.

He stressed: “I don’t like to accept that joining our party will check our insistence on accountability. We are very serious about people who aspire to lead at whatever level by their performance, by their integrity, both professional and personal.

“But the problem is that we have to work within the system. Even if you suspect individuals, unless there is evidence, there isn’t much we can do. So, really, it is the system that makes it possible for some people really to even be corrupt.”

“They can’t. Nobody can go scot-free as far as I’m concerned. Imagine what the opposition could do to me if there is something in my record. A lot of confusion could have been caused, but luckily, I think we try to find officers with integrity and that is the best thing for Nigerian leadership at all levels.

“Behave with integrity.  If that is done, we will achieve better results. If that is not done, a lot of time will be wasted in talking, quarreling and making a lot of noise”.

President Buhari expressed optimism that the security situation can be resolved before he leaves office, pointing out that security forces are working hard as more equipment and ammunition are being procured.

He said: “The government is capable and is going to do it because members of the security, the Armed Forces and others, their own security depends on one Nigeria. So, no matter, when people are selfish, it is their self first. So, even for themselves, they better stabilise Nigeria and I believe they will do it.

“I know we’re short on resources. For example, dealing with the militants, if people bother to reflect on how we found the Northeast and Southsouth and how much progress we have made and acquiring some helicopters, aircraft, their maintenance, their ammunition, armoured cars, you know to counter effectively, the bandits. They cost money and they cost time for training and adaptation”.