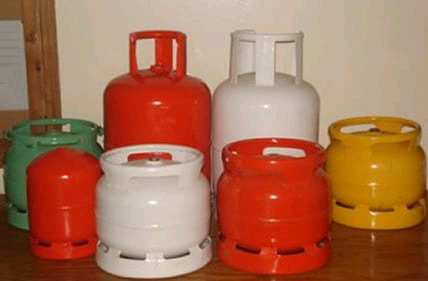 The Federal Government on Thursday said it was putting measures in place to ensure further reduction in the cost of Liquefied Petroleum Gas, popularly called cooking gas.

It disclosed this while reacting to the recent marginal drop in the cost of cooking gas.

Recall that the cost of LPG kept rising in 2021, jumping by more than 240 per cent between January and October 2021.

The development forced some LPG users to shift to charcoal or firewood, as consumers of the commodity raised the alarm over the persistent hike in its price.

“It is in government’s interest for the price to go down consistently and there are certain initiatives that are being taken at the moment, which hopefully will see to further drops in price regardless of the international cost,” the Programme Manager, National LPG Expansion Implementation Plan, Office of the Vice President, Dayo Adeshina, stated.

When asked to state one of such initiatives, he replied, “The discussions are still ongoing and there are certain things that you can do to stimulate the market which will have an effect. One of them also has to do with storage.”

About 65 per cent of the LPG is imported into Nigeria, while domestic production accounts for 35 per cent, hence the cost of the commodity in the global market affects the price locally.

Adeshina told our correspondent that the international price of the LPG had risen so high in October last year, but dipped towards the end of 2021 into January 2022, as this also contributed to the recent drop in the LPG price across the country.

He said, “If you look at the international pricing of the LPG, and that might change again because it is not a fixed price, in January last year, it was $250 per tonne.

“It rose to $875 per tonne by the end of October and started dropping by the end of November into December, and came down to around $500 per tonne at some point but went up again in December to $708 per tonne.”

He added, “Now, as of the third of January this year, that figure is $744 per tonne. So you can see there is a drop from about $800 around November to $700 in January. The issue here is that the price has been fluctuating.

“Yes you have the effects of Customs and the position of the VAT that made people pay tax for what they imported even in 2019 and 2020. Of course, some importers stopped importing, but there is a resolution going on to resolve that aspect.”

Adeshina assured Nigerians that the government would come up with additional measures that would see to a further reduction in cooking gas prices regardless of the price fluctuation in the global market.

Commenting on the development, the National Chairman, Liquefied Petroleum Gas Retailers Association of Nigeria, Michael Umudu, confirmed the drop in LPG price, attributing it to the increase in supply by the NNPC and NLNG.

“Also, many LPG users stopped using the commodity at the time when the price kept increasing and this reduced demand pressure on cooking gas, hence causing a rise in its availability and then a gradual drop in price,” he stated.

Asked whether the Federal Government had removed the VAT on cooking gas imports, Umudu replied, “It (government) has not been enforcing the tax and has remained silent about it, but has not said anything about removing it. This also has helped in price reduction.”

Last month, the Group Managing Director of the Nigerian National Petroleum Company Limited, Mele Kyari, said the NNPC was increasing the supply of the LPG in a bid to force down its price.

Kyari said, “Two things are in play. One is the supply in the international market of gas. It moves with the price of every other petroleum product including crude oil and its derivatives.

“So definitely, it is a reflection of what is happening in the international market. However, what we are doing is to increase supply and once supply increases, price will come down.” (Punch)