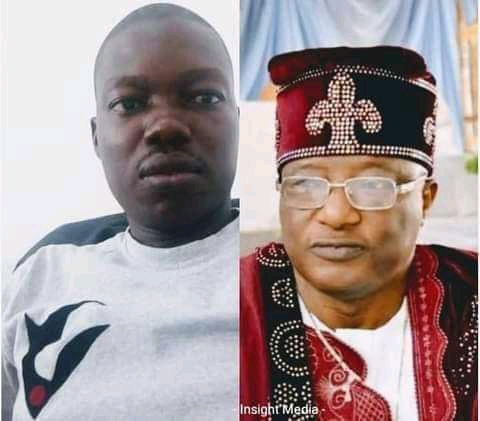 According to popular Ibadan-based broadcaster, Oriyomi Hamzat, the CCTV obtained by police shows that Adegoke was killed at about 12am by Adedoyin, his son, Roheem Adedoyin and one Moshood, alleged to be an assistant to Adedoyin.

Hamzat said in a video that he released that after Adegoke was murdered, his body was wrapped and put in a car before they drove him out of the hotel premises.

“We have seen the CCTV video. Three persons killed Timothy Adegoke. In the video, we saw that Adedoyin, his son, Roheem Adedoyin and Moshood, a close associate of Adedoyin entered that room where Adegoke was logging at about 12am.

“After some moments, you know they don’t put CCTV camera in rooms. We saw some things before we later saw them come out of the room with the body of Timothy Adegoke wrapped in white cloth and a paper. They later drove him out.”

Hamzat called on everyone that has information about the whereabouts of Roheem to come forward with it, adding that he has a sum of N200,000 as a reward.

He also called on the Inspector General of Police, Usman Baba Alkali and President Muhammadu Buhari to ensure there’s a justice for Timothy.

Adegoke came to OAU to write his exam and he logged at Hilton Hotel. He was allegedly murdered while his body was buried by Roheem Adedoyin without the consent of his family.”