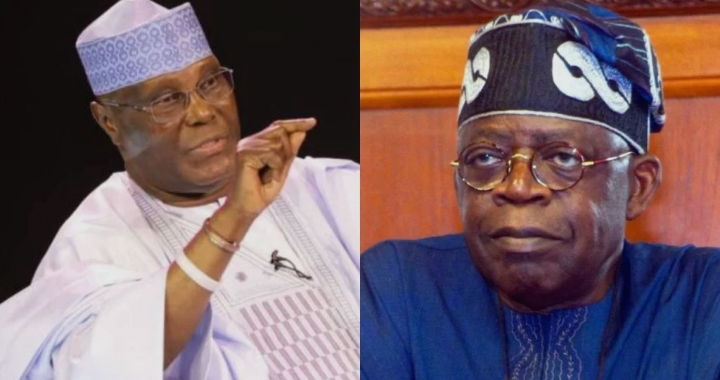 Two of the leading aspirants in the 2023 presidential election, Bola Tinubu and Atiku Abubakar will be in their 70s by 2023.

Mr Tinubu will be 71 years old in 2023, while Atiku Abubakar will be 77 at the same time. The recent comment by President Muhammadu Buhari that at his age, he is struggling with the rigour of the office, has brought the question of age into the front burner of the national discourse on the 2023 race.

The 79-year-old President had said, “And about my age, yes, I see my colleagues, they are now resting and I assure you that I’m looking forward to the next 17 months when I too would have to be less busy.

In previous elections, rotation and religion were two predominant factors during elections. But the experience of Nigerians with President Buhari, who has had a series of visits to the hospital and long delays in government response which earned him the nickname “Baba go slow” have made age a focal point.

Despite the issue of rotation, Atiku, a northerner is expected to clinch the ticket of the Peoples Democratic Party, while Tinubu, a former governor of Lagos State already has political machinery mobilizing for him across the country. If these two are given the ticket, one of them would be replacing Mr Buhari who would be in his 80s by the time he leaves office.

This view on age is not only shared by Mr Fani-Kayode. Osita Okechukwu, a staunch supporter of President Buhari had in December appealed to Tinubu to back a “young Southeastern for 2023”, which will unite the south and the entire country.

The 69th birthday of Mr Tinubu became controversial in 2021, as many Nigerian expressed doubt on his real age. Wikipedia had to remove the editing option on Tinubu’s page.

Not just age that has become important, pandering to youths has become more important. As it stands, most of the candidates are above 50 years, hence, there has been a concerted effort to appeal to youths, particularly on social media.

The position of the present government on Twitter and cryptocurrency, in which the government placed different forms of restrictions, has spurred the desire to have a young President or someone who understands these issues.

In this review, we looks at the two aspirants in the 2023 presidential race

The former vice president will be riding on his market economy stance.

Perhaps to deflate from the issue of age, Mr Atiku has been very active on Twitter, commenting on issues that appeal to the youths. And sometimes, jump on trending lingos and slangs despite being 75 years old. In the last election, he had Peter Obi as running mate.

Mr Obi, a former governor of Anambra State, was really popular among youths because of his pro-market stance.

At 69 years old, coupled with the recent hospitalization and the EndSARS resentment, Mr Tinubu appears to be unpopular on social media, however, his political structure remains strong.

The recruitment of Abdulmumin Jibrin, a former member of the House of Representatives from Kano seems to be paying off in terms of mobilization.

But recently, there appears to have been division within the APC supporters on Twitter. The group, popularly known as BMC or E-BMC are divided between those supporting Tinubu and those supporting Yemi Osinbajo, the Vice President. (Daily Post)