2023: Why PDP must not zone Nigeria’s presidency to the South – Kwankwaso 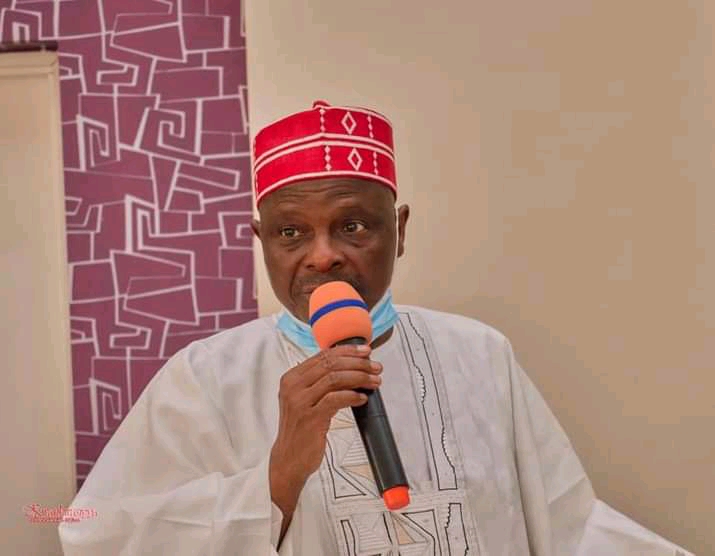 Rabiu Kwankwaso, a former governor of Kano State, has argued against the call for zoning the 2023 presidential ticket of the Peoples Democratic Party (PDP) to the Southern part of Nigeria.

Kwankwaso made his position known in an interview with Channels Television on Sunday night where he also spoke about several political concerns ahead of the 2023 general elections.

In his argument, the two-term governor of Kano State condemned the insistence of the Southern Governors Forum in July 2021 that the next president of the country must come from their region rather than what is best.

He considered the call by the governors and other leaders as an attempt to intimidate the northern region into relinquishing its right to contest the seat.

Kwankwaso said the decision to contest should be based on strategy rather than mere clamour or sentiments.

With reference to former President Olusegun Obasanjo and Goodluck Jonathan, Kwankwaso, who is eyeing the 2023 presidential ticket of PDP, said the party had produced more southern presidents than the north.

“You see many people are mixing what ordinarily shouldn’t come together at all. We have PDP, we have APC, we have APGA and we have many other parties today in this country. And the issue of where a party put his presidency or vice presidency is a matter of strategy.

“If you look at it from 1999, to date, or even after 2023, we have 16 years for PDP, eight years for APC. Now, in the 16 years of PDP, we had a situation where the presidency has been in the south for 14 years and only in the north for two years during the Umaru Musa Yar’Adua of blessed memory.

“Now we see some people, maybe because they don’t understand politics or they want to be mischievous, they keep on mixing the two issues of two political parties together. This PDP and APC are contestants in this game,” he said.

As it stands, neither the APC nor PDP has announced the zoning of its presidential ticket for next year’s election.

The reluctance of the two major parties in the country to do so has provoked speculations that they may throw the ticket open to all aspirants.

Speaking on speculations of his possible defection from PDP to the ruling All Progressives Congress (APC), Kwankwaso debunked the rumour and reiterated his commitment to ensure victory for his party in the 2023 polls.

In his explanation, he traced the genesis of the speculation to leave the PDP to the treatment meted out on him and his supporters during the party’s congress in Kaduna in 2021.

“As we speak, there is no plan for me to leave the PDP, to join APC, or any other party.

“And therefore, I believe that was the beginning of those issues to the extent that people thought because of that, we would leave the PDP for APC or any other party,” he said, while noting the reconciliatory efforts of the party leaders.

Allies turned rivals
When asked about his feud with Governor Abdullahi Ganduje, who was his deputy while in office, Mr Kwankwaso maintained a neutral tone.

However, without stating the real cause of their prolonged differences, Kwankwaso chronicled his contributions to Mr Ganduje’s political growth.

He said Ganduje never visited him since he assumed office as governor in 2015 until last December.

The governor, in December 2021, visited Kwankwaso at his Bompai residence in Kano, over the death of his brother, Inuwa Kwankwaso.

The duo had worked together for years before falling out in 2015.

Ganduje had served as Kwankwaso’s deputy during his first and second terms in office. He also worked as a Special Adviser to the former governor when he was appointed as Minister of Defence in ex-President Olusegun Obasanjo’s government.

As a sitting PDP governor, Mr Kwankwaso had joined the APC in 2014 and contested for the party’s presidential ticket in 2015 but lost to Buhari.

He returned to PDP in 2018 and contested in its presidential primaries which he also lost to former Vice President Atiku Abubakar.