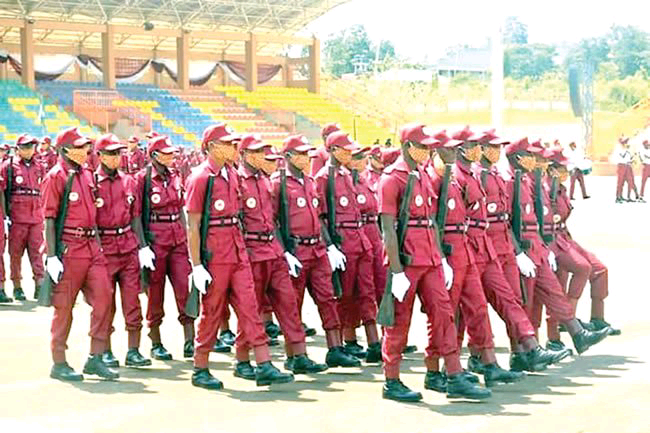 The Ekiti State Security Network Corps codenamed Amotekun Corps has arrested two men and two minors for burglary in communities in the state.

The two men – an electrician, 35 years old Taiye Ajakaye; and 45 years old night guard, Gbenga – were arrested on Monday at Ilawe Ekiti for breaking into a store in the community at night and stealing two bags of cocoa.

Ajakaye, who confessed to the crime, said, “My aim was to sell the cocoa to raise money to enjoy my life.

“I committed the act in collusion with the guard with the plan that the store owner would suspect some young guys who had earlier burgled the store.

“I had planned to sell the cocoa for N200,000. That was why I took the bags to Ado Ekiti, but returned them home when I could not get buyer for the produce that Sunday.

“It might be in the process of taking the produce to Ado Ekiti that some people saw it and alerted the owners and men of Amotekun who came to arrest me.”

But the night guard, who said he had been securing the area for over 20 years, denied involvement, saying, “He lied to frame me up. I know nothing about it. When I discovered the store was burgled that night, I made frantic efforts with the store owner on how to find the perpetrators.”

In another development, two minors and school leavers – 16 years old Aina and 17 years old Ibrahim -were arrested at Iyin Ekiti on Tuesday following botched attempt to burgle the house of a retired permanent secretary in the community.

Aina said he, in company with Ibrahim, had gone to the house purposely to make away whatever they could lay their hands on

The minor said, “When we got there, Ibrahim asked me to go in, but unfortunately for me, the wife of the retired PS saw me and I escaped into the ceiling to hide. But they found me out and arrested me. At that point, Ibrahim could not be found until he was arrested later in town”.

Amotekun Corps Commander, Brig. Gen. Joe Komolafe (retd.), said, “Our men arrested them following intelligence gathering. We are profiling them. They will be handed over to the police for further investigation and prosecution.” (The Punch)