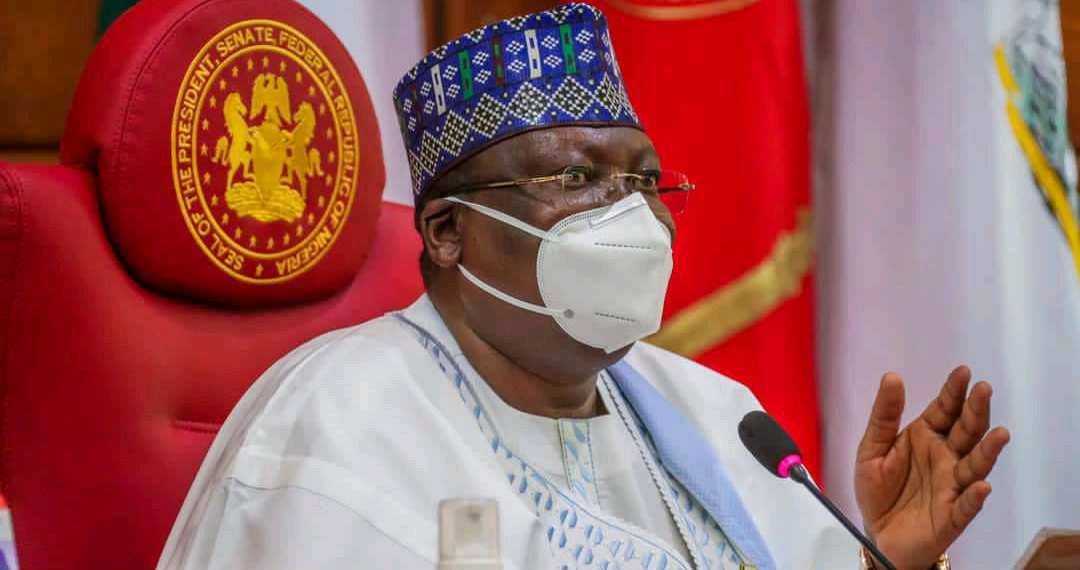 The President of the Senate, Ahmad Lawan, has said that the upper chamber will work with revenue-generating agencies towards reducing the level of the nation’s borrowing.

Mr Lawan made this known on Wednesday in Abuja, at an event to mark his 63rd birthday.

Many Nigerians have, in recent times, criticised the Buhari administration for frequently taking loans. They also condemned the National Assembly for approving the loan requests.

He said that the Senate would support and supervise the agencies and keep them on their toes “for us to have more revenues, in order to reduce the level of borrowing.”

“The upper chamber, in the first quarter of this year, will focus on addressing the challenges of revenue generation, collection and remittance to shore up earnings by the federal government.

“An improvement to the country’s revenue figures will reduce Nigeria’s dependence on external borrowings for the execution of capital projects captured in the national budget.

“We still have a huge responsibility, and in fact, it is something that we wanted to do last year, but because of the COVID-19 pandemic, we couldn’t do so.

“This year, by the grace of God, we are going to resuscitate that plan and it is to keep and maintain focus on revenue generation, collection and remittance.

“Our revenue to GDP ratio is very low and the economists will tell you Nigeria’s problem is not debt, but revenue.

“So, if that is the case, it means those of us in government must focus on dealing with the challenges of revenue generation, revenue collection and remittance.

“This year, we are going to have engagements with the revenue-generating agencies such as Nigerian Ports Authority (NPA), Customs, Federal Inland Revenue Service (FIRS) and so on, on a quarterly basis, to have their targets set for them, and we want them to come and brief us on their performance every quarter.

“We hope to start the first meeting, which is an exploratory kind of meeting with them either this month or early February.

“We want to see how we can make a positive difference in the area of revenue generation.

“Nobody likes taking loans, borrowing or accumulating debts, whether as an individual, a family, a community or as a country.

“But what can you do when you’re not able to generate enough? We are as concerned as anybody else about our level of borrowing, even though we have not saturated, but if we can do better why not reduce, and the best way to reduce is to get more revenues from especially independent sources.

“The government-owned enterprises are supposed to give us more money. In 2022, we are expecting maybe about a trillion, I’m not an economist, but I believe that we should be expecting maybe double or triple from them.”

Lawan further said that the National Assembly, this year, would also focus on security through oversight of funds appropriated in the budget to the armed forces and security agencies.

He explained that doing so would guarantee transparency in the procurement process and ensure the welfare of military and security personnel tasked with restoring security across the country.

“We have appropriated about a trillion naira for our security agencies and armed forces, now it is for members of the National Assembly to ensure that the procurement process by the armed forces are transparent and everybody there is accountable.

“Of course, we should do oversight as much as possible for the welfare of our soldiers and security personnel. They need to continuously be motivated,” he said.

RE: Undue Power of Madam First Lady And Thuggery of The Governor’s CSO

RE: Undue Power of Madam First Lady And Thuggery of The Governor’s CSO