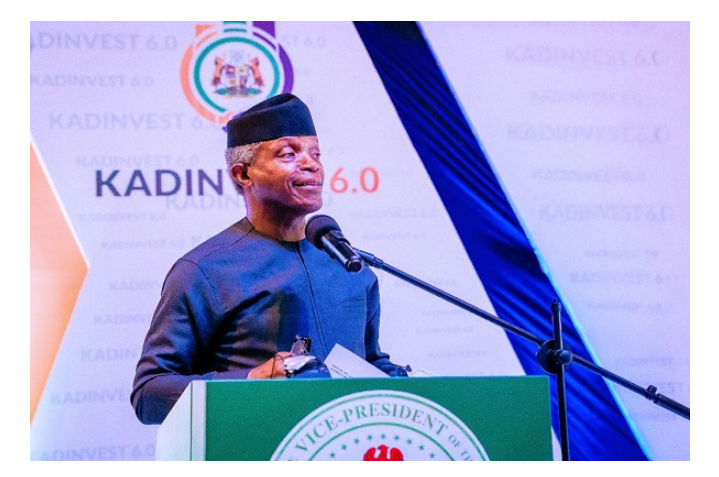 The Progressive Project TPP, an umbrella body of the groups working for the vice president has vowed to put in place strategies that will enable its candidate to defeat established political moneybags at the presidential primaries of the All Progressives Congress APC and in the general election.

This was less than 48 hours after hosting a nationwide coalition of 57 youth and students’ groups who had pledged to work for the vice president.

The group on Wednesday also hosted representatives of about 500 support groups from all parts of Nigeria in what it said was part of efforts “to begin mapping out strategies towards beating moneybags’ influence at the forthcoming All Progressives Congress APC presidential primaries”.

At the TPP office in Abuja on Wednesday, former, serving and prospective candidates for councillorship, chairmanship, state and federal legislative positions with few former and serving state commissioners exchanged views on how to achieve effective grassroots impact by selling the good qualities of Vice President Osinbajo as being of greater significance than offer of monetary gifts.

Head of TPP’s Situation Room, Mr Jeffrey Omoh who addressed representatives of the support group drawn from the nation’s six geo-political zones emphasized that their strategy shall emphasize “mobilization of delegates’ patriotism, not mobilization of Naira”.

He urged attendees to “go home, study their environment more, improve their interactions with people and return with suggestions and ideas that TPP and its constituent teams can work with”.

“We thank all members of the approximately 500 support groups who are already identifying with us, with firm commitment towards mobilizing Nigerians towards achieving an Osinbajo Presidency in 2023,” he said.

One of the speakers at the event, Dr. Mustapha M. Jibril who is the Commissioner for Investments, Commerce and Industry in Niger state told the gathering that the loyalty demonstrated to President Muhammadu Buhari, disciplined focus and other good qualities of Professor Yemi Osinbajo drew attendees from various parts of the federation together to pursue a common cause.

Speaking in a similar vein at the first interactive meeting of pro-Osinbajo groups, Mr Ibrahim Mohammed, a member of the support group who drew attention to his family’s Kano origin stated that his family members have lived in Ibadan, Oyo state over the past 150 years, adding that “2023 election is not really going to be about zoning but about the prospects of unity, sustainable progress and development across all parts of the federation.

He said, “Our efforts here and the motivation for supporting Osinbajo is not about whether political power goes north or south; it is about consolidating on what has been achieved in the past towards throttling into a better future for all under a trustworthy and very capable leadership that would not need to offer bribes to party delegates before its emergence,” he stated.

Speaking in the same vein, Mr Precious Elekia who led the Cross River State Coalition for Osinbajo 2003 group said; “it is time to vote for Nigeria and not a time to vote for Hausa, Igbo or Yoruba,” adding that “Professor Yemi Osinbajo is a viable and sellable candidate that appeals to all dimensions of national interest”.

Among recommendations proffered by representatives of various pro-Osinbajo support groups were implementation of mobilization efforts across various wards in 774 local government councils, focus on reaching prospective delegates to the APC national convention and creation of state coordination teams across the federation.

2023: North has no justification to remain in power – Tanko Yakasai