AFCON: Nigeria thrash Sudan, through into next round 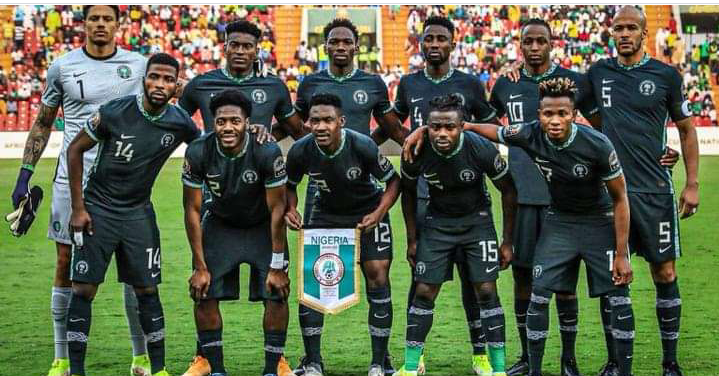 The Super Eagles of Nigeria have thrashed the Falcons of Sudan 3-1 to through into the round of 16 of the ongoing AFCON in Cameroon.

Samuel Chukwueze put the Eagles ahead on three minutes, as he latched on to a precise pass deep inside the box from Moses Simon, and he beat the goalkeeper with a low shot into the middle of the goal.

The Nigerian side, as expected, dominated play and missed couple of scoring chances.

On 20 minutes, Wilfred Ndidi latched on to a superb cross inside the box but he only hit the crossbar with a fine header.

A long pass into the box on 36 minutes was latched onto by Taiwo Awoniyi, who looked up and slammed a terrific shot past the keeper but onto the right post.

Five minutes later Joe Aribo met a cross in the box and found some space for a shot. He produced an inaccurate effort that went wide of the right post.

Awoniyi made it 2-0 for Nigeria on 45 minutes, as he rose high to beat the goalkeeper with a perfect header. He headed the ball inside the left post.

Moses Simon scored Nigeria’s third goal on 46 minute, pouncing on a loose ball inside the box and beat the goalkeeper with a low shot into the middle of the net.

Sudan pulled one back from the penalty spot.

Walieldin Khidir ran up to the ball, stopped and waited for Maduka Okoye to commit before slotting the penalty into the right of the goal.