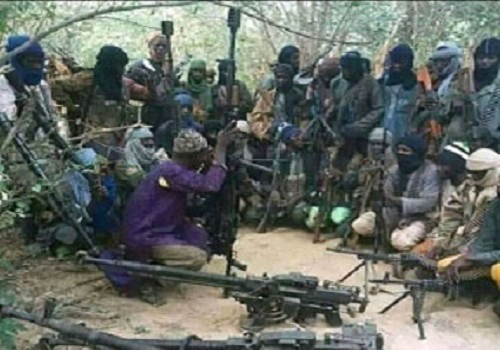 Recall that terrorists first attacked Chibok community in April 2014, kidnapped over 200 Chibok girls from a boarding school, while several houses were razed down.

After a few months several of the kidnapped Chibok girls were released, while Leah Shuaibu was reportedly denied freedom due to her Christian belief.

However, since the first attack, the insurgents had on several occasions attacked the community.

On January 14, 2020, around 4pm, they again attacked the community, killing three persons.

A resident in the area, who is also a lecturer in the College of Education Dr. Shuaibu Musa told newsmen on Saturday morning that hundreds of ISWAP/Boko Haram terrorists stormed the community, shooting sporadically.

“The insurgents stormed the Chibok community with five utility vehicles, mounted with anti-aircraft guns and moved without any resistance; they started shooting sporadically. Many residents ran for safety, while the shooting continued,” he said.

He said bullets hit three of those who attempted to run and they died instantly. The bandits also burnt down several houses and properties.

According to him, they spent about two hours moving from house to house in the village.