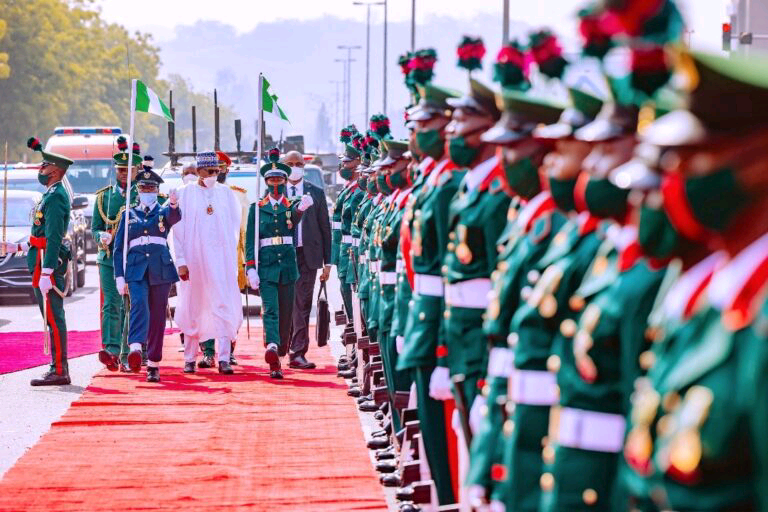 President Muhammadu Buhari has initiated a major military campaign for Niger State, which has recently experienced an upsurge in terrorist activities, directing the Armed Forces to employ force in the process.

Vulnerable communities in Niger State had been under constant terrorist attacks, leading to mass killings, abductions and destruction of property by the terrorists.

However, a statement issued by Senior Special Assistant to the President on Media and Publicity, Mallam Garba Shehu, on Sunday, said Buhari, as the Commander-in-Chief of the Armed Forces, had initiated the military operations for Niger State to restore security and calm.

“President Muhammadu Buhari as Commander-in-Chief of the nation’s armed forces has set the ball rolling for a major military operation in Niger State which has faced continued attacks on its communities by bandits and remnants of Boko Haram terrorists fleeing theaters of war in the Northwestern and Northeastern parts of the country.

“In a directive to the Defence Headquarters a few days ago, the President asked the military to respond robustly to the cases of killings and kidnappings in the State and to give effect to the strategic objectives through the use of force”, the statement said.

The President reiterated that security is a responsibility of every member of the community and only through solidarity and cooperation with law enforcement agencies can we defeat the problems finally.

“The Federal Government is willing to strengthen support and cooperation with all the states. I believe that with the full cooperation of the citizens, we will surely overcome this problem,” said the President.