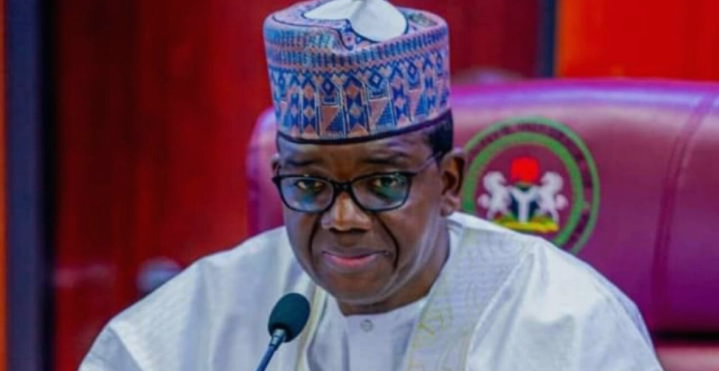 Zamfara State Governor, Bello Matawalle, has said bandit attacks in his state has turned into a lucrative venture owing to the influence of politicians.

Matawalle, gave this assertion after he met President Muhammadu Buhari at the Presidential Villa, Abuja on Monday, to brief him on the security situation in his state.

The governor who crossed to the ruling All Progressive Congress from the Peoples Democratic Party, a platform on which he clinched the position, said the security situation was bound to improve in the coming days because the President has given a directive to the military to quell the crisis.

“The President is now determined as a result of the briefing he got from me to strengthen security activities and this will bring changes in the situation by this Wednesday,” he told State House Correspondents.

He debunked reports that over 200 persons were killed in the recent attacks in Bukuyyum and Anka area of the state, saying just 58 persons fell victims.

Matawalle buttressed his position, insisting that he personally visited the scenes of the attacks and got first-hand information from the emirs.

The governor blamed those he referred to as “political bandits” as being behind the bandying of unverified figures.

Commenting on possible solutions to the insecurity in Zamfara, he said: “Well, you know when I assumed duty as a governor I used so many options to bring this insecurity to a minimal level. First of all, I initiated dialogue and reconciliation between the herders and farmers and during that dialogue, we spent more than nine months without any crisis in Zamfara State. It worked.

“But unfortunately, people use politics, because they have collaborators, of course. So, they went back to those bandits, telling them that the government is not serious about this dialogue, that we did not give them anything.

“So, the bandits decided to go back to their normal businesses. That’s why I backed out from the reconciliation programme. But definitely, it worked for over nine months. But because this is something that I inherited, that has been going on for almost eight years, you don’t expect it to end within just two years of my administration. Because it is supposed to be an ongoing process.

“So, after I realized that some of them had backed out of this dialogue, then I cut off the programme. I then initiated the cutting off communications, and some logistics that used to go to the bandits from August 2011 to December 2011. And it worked too.

“But sometimes those collaborators who are usually happy with what is happening, who are even jubilating if people are being killed, they went back and started again, saying that the government is not serious and instigating some of the public. In fact, they even dragged me to court.

“So you see with the kind of people we have in Zamfara State, I don’t think this issue of banditry will end very soon because, already, some people are behind it. Some people are using it”.

Recall that beyond Zamfara, other states like Katsina, Sokoto and Niger have become hotbeds for terrorism, a development that prompted President Buhari to order a massive onslaught on the attackers.