Corruption: We were saints compared to today’s politicians ― Babangida 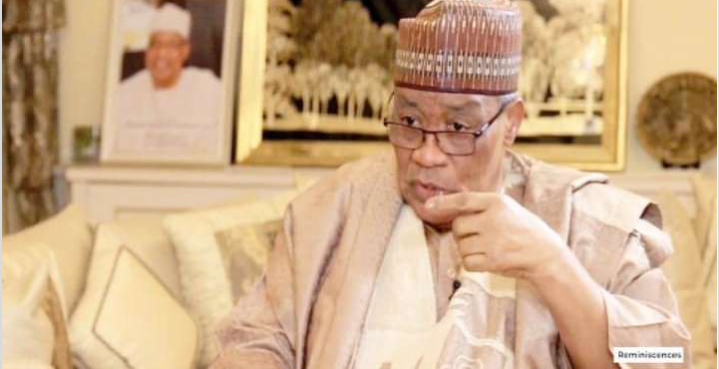 General Ibrahim Badamasi Babangida (rtd), a former military President has said that his colleagues in the military administrations were saints compared to the level of corruption going on among the politicians in the country today.

Babaginda spoke in an interview with Trust TV monitored by journalists in Kaduna on Sunday.

According to him, “I sacked a military administrator for misappropriating N300,000. Now there are people we read in the papers, thank God there are papers to read and social media and so on; people who steal N2billion, N3billion.

“And nobody is saying they are corrupt, except us because we were military. I still maintain that we are saints if you compare somebody who is accused of stealing N3 billion, compared to somebody with N300,000, then I think we are saints.”

On the fight against corruption, lBB maintained that “I sold an idea but because it came from me, nobody likes it, nobody will like to hear it. Identify areas of corruption and attack them from the source. I read in one of the newspapers where a judge was complaining that they are not well remunerated by the public and that is a sure source of corruption.”

“Wherever you have a system where you have a lot of control, there will be corruption. So what we try to do, we got government not to be involved in things like production; anything to do with ‘I have to come to you and you will always think you are doing me a favour, so maybe I should reciprocate it’, that is the sort of thing.”

“And that is why we introduced freeing the economy; you don’t need a license to be graded A in your groundnut or cocoa or cotton or whatever it is; you don’t need to go to Central Bank or to go to banks to get foreign exchange.”

“There are Bureau de Change, they set it up in market areas, where you can easily go and get it; so the sources of corruption have to be identified and attacked,” he said.

The former military leader recalled that his economic policy of liberalization and government were emulated by Yar’Adua and Obasanjo, saying ‘even the current regime was also doing it, even though in a different name but it is all the same concept,”

When asked which of the economic policies he was proud of and wish other governments continued, he posited, “freeing the economy; allowing Nigerians to use their brains, use their hands, use their innovations, I think the liberalization is, I am very proud of it?”

On political participation, he said, “yes I have not been involved in politics but I am still interested in what is happening in politics because this is my country I don’t have any other country, I have to take interest in what is going on”.