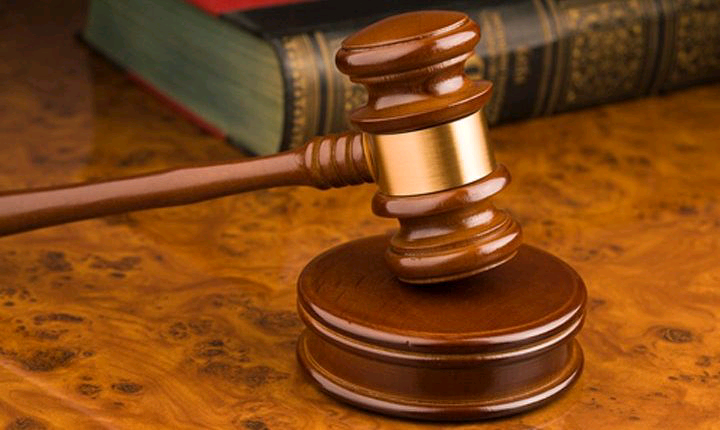 Mr Madaki Chidawa, the first prosecution witness (PW1), on Monday, said he was on duty when the 15 suspects arraigned by the police allegedly invaded the residence of the Supreme Court Judge, Mary Odili, on Oct. 29, 2021.

Chidawa, an Assistant Superintendent of Police (ASP), told Justice Nkeonye Maha while being led in evidence by counsel to the police, Mathew Omosun, at a Federal High Court, Abuja.

Earlier, the News Agency of Nigeria (NAN) reports that Justice Maha had granted a N5 million bail each with two sureties each to 3 of the remaining 15 suspects.

Chidawa, who said he serves as police officer at the Supreme Court and attached to Justice Odili’s residence located at No 7, Imo River Street, Maitama in Abuja, said he had been in the service for 29 years.

Responding to Omosun’s question, he said he knew the defendants.

“One CSP Lawrence Adjodo and others came and presented a document and they said they wanted to search the house and I asked from where.

“They said they were from EFCC, the Asset Recovery unit attached to the Ministry of Justice and I said I want to see the document and they presented the search warrant which I went through and signed by a Chief Magistrate in FCT,” he said.

The witness said he discovered that the address on the search warrant was incorrect.

And I discover the number on the residence was written No. 9, Imo Street.

“And I said, this is No 9, Imo River Street, not No 7. But Lawrence Adjodo said this is the house we are to search.
“Then I informed my boss, Justice Mary Odili, that some men came to conduct a search,” he added.

He said Adjodo presented an identity card signed by the Minister of Justice and Attorney-General of the Federation (AGF) which, to him, looked suspicious because “As a police officer, I have an ID card.”

Chidawa said after Justice Odili made a phone call, she ordered that the invaders should be stopped from gaining access into the residence.

“They (the defendants) gave me a phone number if I am doubting, and I dialed the number and the true caller showed the name as Ojo Ola with EFCC,” the witness said.

He said though the defendants also threatened that they would come back with force, they, however, did not.

During cross-examination by counsel to the 1st (Adjodo) and 4th defendants, Ahmed Abubakar, the witness said Adjodo
introduced two other invaders as captains in the Nigerian Army and another as EFCC officers.

He said he voluntarily gave the statement to the police.

The statement was, then, admitted in evidence by the court.

Justice Maha adjourned the matter until March 1 for a continuation of cross-examination of the PW1.

NAN reports that the Federal Government, through the Nigerian Police Force, had produced the 15 suspects before Maha for arraignment on 18-count charge bordering on forgery, criminal trespass, intimidation, extortion, among others, contrary to the sections of the law.

In the charge marked: FHC/ABJ/CR/436/2021, they were also alleged to have threatened Mrs Odili and members of her household while trying to execute an illegal search warrant.

Although 22 defendants are charged in the case, seven of them are still at large.

NAN reports that the Police High Command had, on November 11, 2021, paraded 14 suspects over the invasion of the Abuja residence of Justice Odili, describing them as impostors unknown to any of the nation’s security forces.