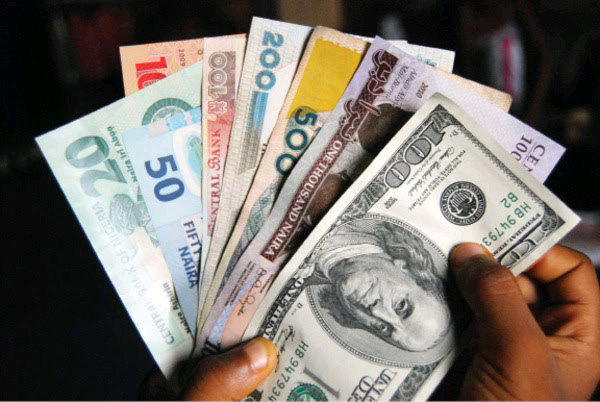 The Naira depreciated at the official and parallel markets amid growing concerns that oil revenue fluctuation and global monetary tightening would lead to further devaluation of the currency.

Analysts at Cowry Asset Management, which actively trades in financial instruments, said they expected the Naira to depreciate further in the new week as investors react to changing global dynamics

Analysts at Cordros capital noted that although the CBN might have enough supply to support the foreign exchange market over the short term, global and domestic challenges may force the apex bank to adjust the Naira exchange rate further.

According to analysts, foreign inflows, which have been disrupted by lack of global investors’ confidence in Naira rate management, are paramount for sustained forex liquidity over the medium term as accretion to the national reserves will be weak given that crude oil production levels remain quite low. Thus, foreign portfolio investments (FPIs) which have historically supported supply levels in the I & E Window will be needed to sustain forex liquidity levels. About 53.8 per cent of forex inflows to the I & E Window in 2019 were from FPIs.

“Hence, we think further adjustments in the Naira/Dollar peg closer to its fair value and flexibility in the exchange rate would be significant in attracting foreign inflows back to the market,” Cordros capital stated in a weekend note.

The Naira depreciation across the markets came on the heels of all by the International Monetary Fund (IMF) that Nigeria and other emerging economies should allow their currencies to depreciate to avoid a disorderly condition that may arise in their forex markets as a result of an imminent policy tightening by the Federal Reserve Bank of United States.

economies, especially Nigeria as it navigates through pre-election year, the above action plans as proposed by IMF posed a difficult choice for the oil-rich African country as it trades off supporting a relatively weak domestic economy with safeguarding price and foreign exchange stability,” Cowry Asset stated.

Analysts, however, called on the government to also take responsibility to restore investors’ confidence given the nature of the challenges facing the country which may be aggravated by any rate hike by the apex bank.