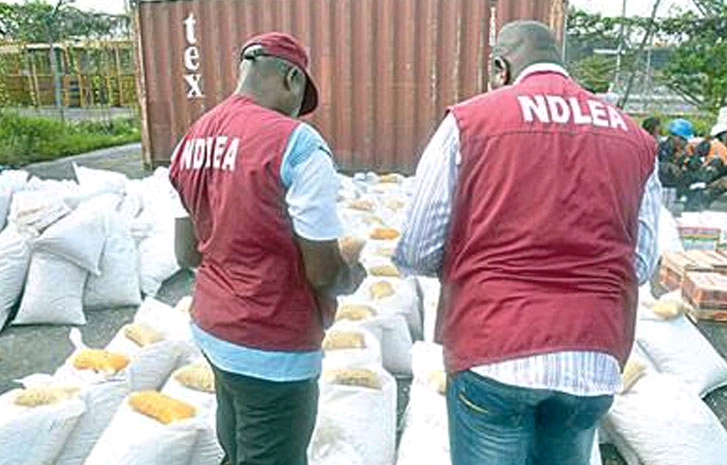 The National Drug Law Enforcement Agency (NDLEA), has intercepted one million, five hundred thousand tablets and capsules of pharmaceutical opioids such as Tramadol, Exol-5 and Diazepam in Edo State, heading to Yauri, Kebbi State, on January 14, 2022.

Spokesperson of the NDLEA, Femi Babafemi, also said N1, 413,344 was seized along with arms and ammunition from a suspected bandit and a drug kingpin in Plateau State while over 137.754 kilograms of assorted illicit drugs were recovered during interdiction operations across seven states in the past week.

He said: “while acting on credible intelligence, operatives in Edo state on Friday, January 14, 2022, intercepted a trailer coming from Onitsha and going to Yauri in Kebbi State. A thorough search of the truck led to the discovery of psychotropic substances concealed under legitimate goods.

“The driver of the truck, Bashir Lawali, 30, was arrested along with Abubakar Sani, 30, and Ali Abubakar, 19, while the exhibits in Kano were seized from one Sa’idu Yahya, 31.”

Meanwhile, attempts by drug traffickers to export 73 parcels of cannabis (34.05kg) concealed in foodstuff plastic containers to the United Kingdom through the NAHCO export shed of the Murtala Mohammed International Airport, (MMIA) Ikeja, Lagos were frustrated by operatives on January 8, same way another 50 parcels of cannabis consignment (27.25kg) meant for the United States was also intercepted at the export shed of the airport on Tuesday, January 11 and at least three suspects so far arrested.