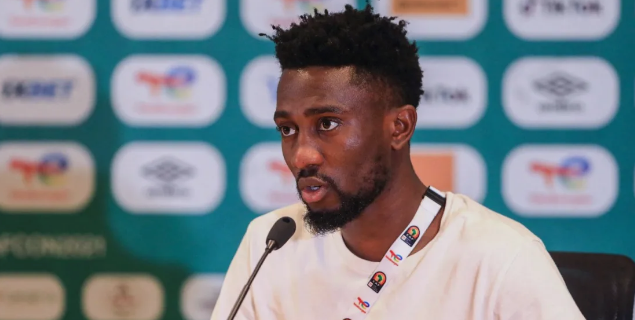 The Super Eagles interim coach, Augustine Eguavoen, and Wilfred Ndidi spoke at the pre-match press conference on Saturday ahead of the match against Tunisia.

The duo touched on a number of issues around Sunday’s game against the Carthage Eagles and the campaign generally at the 2021 AFCON.

Here is the full transcript from the pre-match conference…

Eguavoen on Nigeria finishing top of their group

There is no other way in this game, if you lose the game, you go home and if you win the game you remain in the tournament. So we have to treat this stage with the same respect and approach, the same determination.

Ndidi on team’s performance ahead of next stage

Of course, this is the reason we are here to compete and try to do as much as we can to win games. As the coach said, there is no difference with the other games; we approach the game as it comes.

It is a different team and approach but for us, it’s just the same mentality we keep going.

Ndidi about his personal ambition in Cameroon
For me, the recognition you’re talking about, I don’t really pay attention to these things. I just want to play football, enjoy my game, improve myself and help the team.

Ndidi on the difference between the present Eagles team and that of 2019?

For the team in 2019, it is the same team but different philosophy. Our current manager just made us understand everything simple and the basic and just believe in ourselves and also give us the push actually to express ourselves but in as much as you’ve got the freedom you have to play for the team that’s the difference between the 2019 and this team.

Well, I had a personal discussion with him (Sadiq Umar), we have confidence in him. He has been scoring goals in clubs he’s been playing for but we know this is the national team, this is a very big stage he should first of all also look for assists before trying to score.

He’s an integral part of the team and we’ve confidence in him. (When) he’s brought on, he will always do well but he also told me, yes and he is young. You know as a striker, the first thing is to score goals. That’s an instinct that’s normal but this is a team. We believe in you when you have a chance to score just score of you don’t just pass on the ball. Don’t let what people are saying bother you.

Eguavoen on having selection headaches ahead of the knockout game against Tunisia
We made a lot of changes in the last game because we wanted to give everyone an opportunity to play and when the time comes to substitute we won’t think twice. We’ll come up maybe with the same lineup or with a different lineup.

Eguavoen on his belief in Orlando Pirates defender, Olisa Ndah

Olisa Ndah, I like to give credit to people who deserve it. I was in Port Harcourt for Rivers United against the Sudanese team, I think two years ago and honourable Boma Iyayi told me about a centre back to look out for. As a player in Akwa United, I should please look out for that boy to go to the U.S. to play against Mexico last year and then I sent an invitation to him but unfortunately, I couldn’t accompany the team to the U.S so what I saw in him during the training, so as soon as Leon Balogun told us that he won’t be fit enough he was not too sure confirmed by his medical team and we had to give a chance to Olisah Ndah and here he is. A happy belated birthday to him and then he’s doing well.