PDP crisis: I’m not in your class, Wike knocks Obaseki 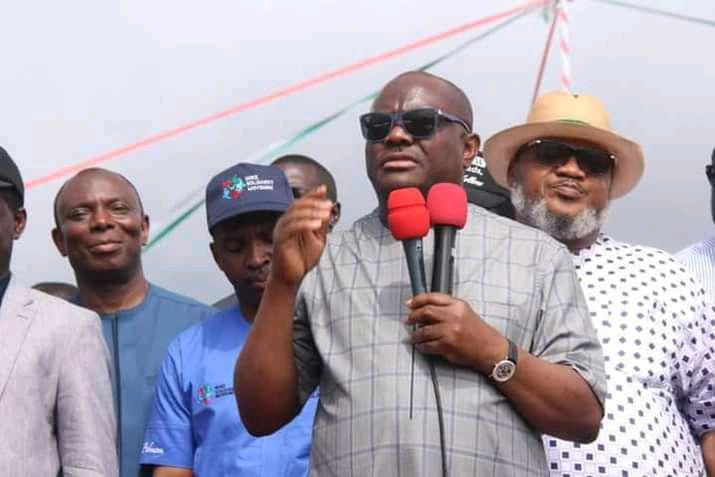 Governor Nyesom Wike of Rivers state has lambasted his Edo State counterpart, Godwin Obaseki, saying they are both not on the same level when it comes to party politics.

Recall that Obaseki warned Wike not to cause disruption in PDP while maintaining that all members are equal under the platform.

Obaseki was responding to Wike’s outburst on his (Obaseki) Deputy, Philip Shaibu, over the concerns Shaibu raised about how they were being treated in PDP following their defection to the party.

The governor, in a statement he personally signed on Monday, informed Wike that the party belongs to all members and that no member can claim ownership of it.

“It clearly amounts to delusion of grandeur, for any one man to nurse the idea that he owns or has more stake in the PDP and everyone should pander to him.

“We are all equal stakeholders in the party and an aggregate of the ideas, opinions, and contributions of all leaders and members should form the position of the party and not the view of one individual or a select few,” Obaseki said.

However, in his response, Governor Wike described Obaseki as a “serial betrayer and an ungrateful person”, adding that he has more stake than the Edo governor in PDP.

Speaking on Monday at the inauguration of Community Secondary School, Omuanwa, in Rivers state, Wike maintained that he had contributed to the fortune of the party more than Obaseki.

“I am not in the class of Obaseki, never! We are not the same, we can’t be the same. I was the DG of his campaign, I went there (to Edo) for three days.

“I stayed there without having my bath. I have never seen somebody like that in my life – a serial betrayer.

“Let me tell you Obaseki, I know your cohorts and I will smoke all of you out. This is not the Benin artefact that you were challenging the Oba (of Benin), this is politics.

“Obaseki, I have more stake in PDP than you. I have fought for this party, mention one thing that you have done for the PDP.”

Furthermore, Wike apologised to a former national chairman of All Progressives Congress, Adams Oshiomhole, who he claimed, earlier warned him about Obaseki.

“If you check the DNA of Obaseki, what you will see in that DNA is betrayal, serial betrayal, and ungratefulness.

“Let me stand today to apologise to Adams Oshiomhole who has been vindicated by telling us that we will see the true colour, the insincerity, the ungratefulness of Governor Obaseki.

“We have voted for PDP since 1999 till now; ask Governor Obaseki if he has done anything for PDP (or) voted for PDP. The only election he voted was his own election – where we gave him an umbrella.”