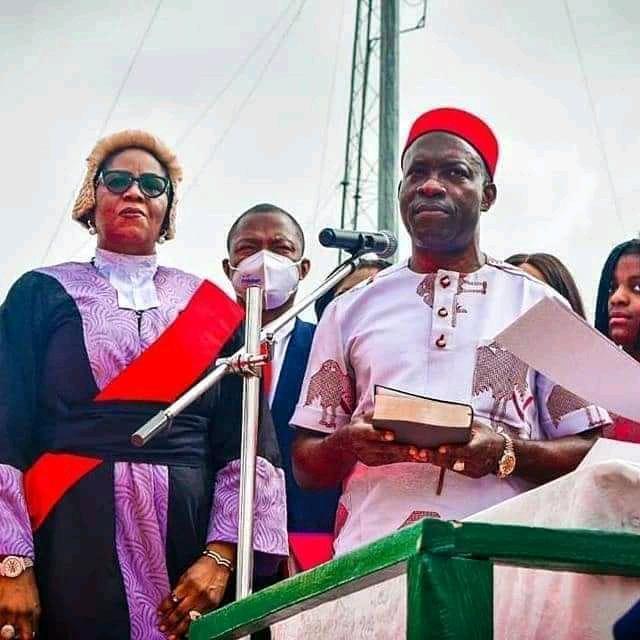 Prof Chukwuma Soludo has officially been sworn-in as the Governor of Anambra State.

He was sworn in by the State Chief judge, Justice Onochie Anyachebelu at exactly 9:45am, at the Anambra State Government House.

The event was witnessed by several dignitaries, including the out-gone governor, Chief Willie Obiano and his wife, Mrs Ebelechukwu, and all the 30 members of the Anambra State House of Assembly.

As of the time of filing this report, the new Governor is already inspecting the guard of honour, his first task as Governor of the State.

The Governor had earlier stated that immediately after the swearing-in, he would proceed to Okpoko, a sprawling slum, near Onitsha, where he would spend eight hours working to provide a better living for the people.