Bianca vs Obiano’s wife: How I stepped in to prevent fisticuffs, by Umeh 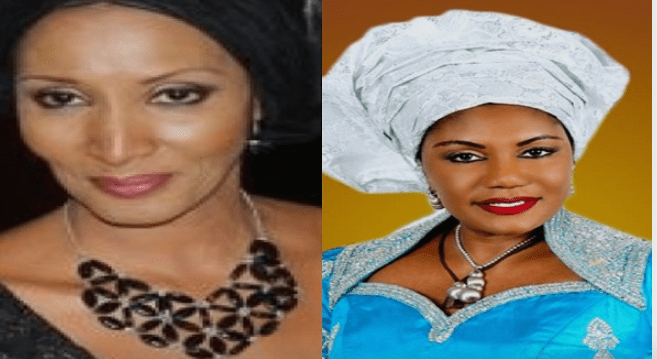 Former national chairman of the All Progressive Grand Alliance (APGA), Senator Victor Umeh has explained how he stepped in to prevent what could have become full-blown fisticuffs between former Nigerian Ambassador to Spain, Mrs. Bianca Ojukwu and the immediate past first lady of Anambra State, Mrs. Ebelechukwu Obiano during the inauguration of Prof. Chukwuma Soludo as the new governor of the state.

The two women had engaged in a free-for-all at the inauguration of Prof Chukwuma Soludo as Anambra Governor on Thursday leading to the wife of the late Ikemba Nnewi slapping Obiano’s wife.

But fielding questions from newsmen during the 80th birthday celebration of foremost Nigerian philosopher and president general of Alaigbo Development Foundation, Prof. Uzodimma Nwala in Enugu on Saturday, Senator Umeh, said he knew that such a situation would arise and stepped in to prevent escalation of the incident.

According to him, “But I was on ground. I stepped in quickly to arrest the situation. Thank God that normalcy returned immediately through my intervention”.

He described the altercation as clear mismanagement of emotion and temperament, a development he said was uncalled for.

“The altercation was clearly provoked by one party because everybody saw the video footage. Somebody (Mrs. Obiano) left her seat and moved towards someone(Bianca) who was sitting calmly and following the proceedings and began to pour invectives on her. She proceeded to push her, trying to remove her headscarf. What could you have done in such a situation? The provocation was much.

“But then, we knew that such a situation might arise because there has been a lot of bottled anger on this issue. So, that is by the way.

“So, the incident didn’t disturb the inauguration. The event took place and at most, we regard the incident as a sideshow”, the former APGA national chairman said.(The Nation)