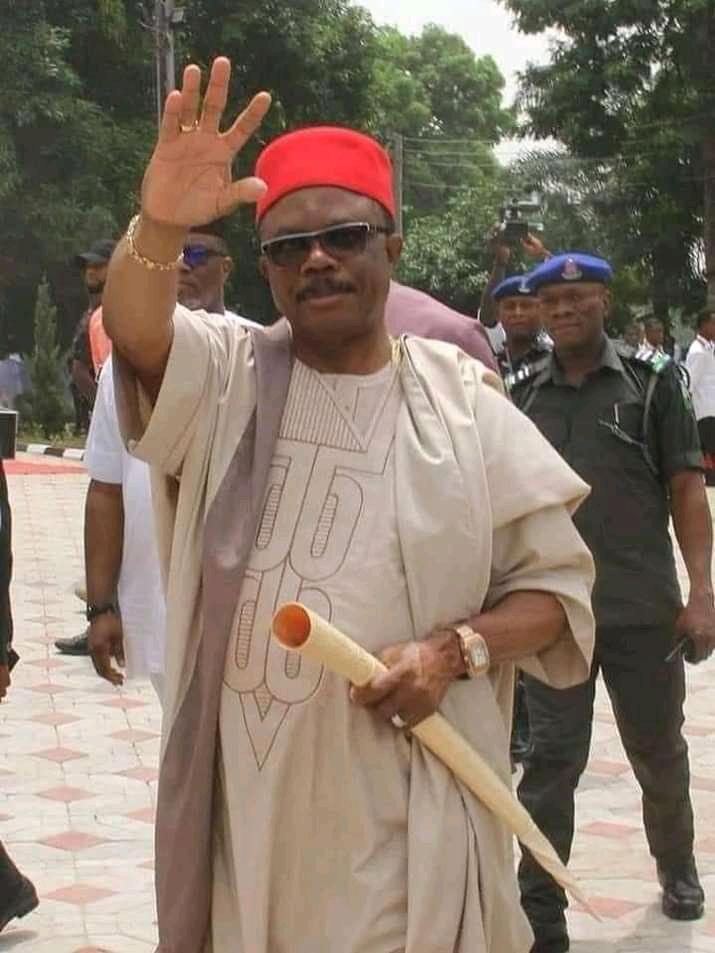 The Economic and Financial Crimes Commission (EFCC) has denied the arrest of the wife of the former governor of Anambra State, Mrs Ebelechukwu Obiano, as being speculated in some sections of the media.

Mr Wilson Uwujaren, Head of Media and Publicity of EFFC, said this in an interview with the News Agency of Nigeria (NAN) on Friday in Abuja.

Reports had emerged on social media that Ebelechukwu was arrested alongside her husband at Murtala Mohammed International Airport, Lagos State.

But Uwajaren denied the claims and added that the former governor had not been released.

“The former governor is currently in our custody undergoing interrogation, and I cannot say exactly when he will be released.

I don’t know how long the exercise will take.

“All I can tell you now is that he is still in EFCC’s custody in Abuja,” he said.