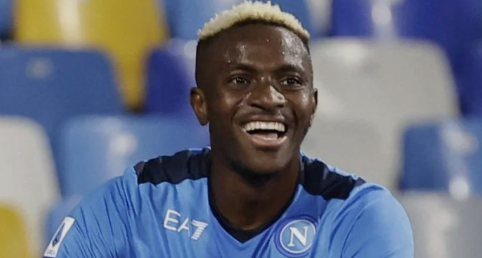 Gerard Deulofeu did score for Udinese in the first half during the encounter.

Osimhen’s two goals against the visitors took him to 11 for the campaign in Serie A.

That makes the Super Eagles’ attacker the first Nigerian to achieve double figures in two consecutive Serie A seasons, while he became just the fourth African player to achieve the feat in the Italian top-flight league, after Weah for Milan, Eto’o for Inter Milan and Salah for AS Roma.

The 23-year-old will now hope to lead Napoli to victory when they face Atalanta in their next Serie A fixture after the international break.

Speaking after Napoli defeated Udinese, Osimhen told DAZN: “The atmosphere was incredible. We had a good reaction after the first half. It was essential to win and I thank the fans for their support.

“We have to believe we can win the league. There are still eight games and we have to continue like this.”