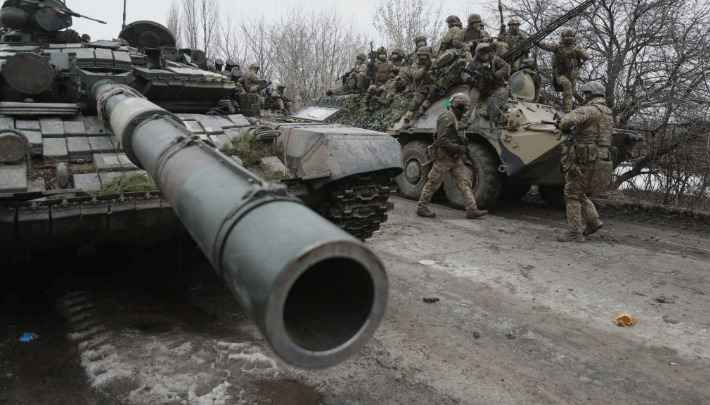 The UN human rights office (OHCHR) in a release, Saturday, said 847 civilians have been killed and 1,399 injured in Ukraine as of March 18.

According to OHCHR, “the actual figures are considerably higher, especially in Government-controlled territory.”

Most of the casualties were caused by shelling from heavy artillery and multiple-launch rocket systems, as well as missile and airstrikes, the statement said.

A further 912 people have been wounded, the Kyiv city administration said in a statement. The casualty figures cannot be independently confirmed.

Local police in Makariv, a town near Kyiv, say at least seven people were killed and five others injured following a mortar attack by Russian forces.

“As a result of enemy shelling of Makariv, seven civilians were killed,” local police said in a statement.

In an online post, Tymoshenko said 4,128 people had left the port city of Mariupol; another 9,145 people had managed to leave cities across Ukraine on Friday.

Ukraine has evacuated 190,000 civilians from frontline areas via humanitarian corridors since the start of Russia’s invasion of Ukraine, Deputy Prime Minister Iryna Vereshchuk said in a televised interview.

She said corridors in the Kyiv and Luhansk regions were functioning on Saturday, but a planned corridor to the besieged eastern port city of Mariupol was only partially operational, with buses not being allowed through by Russian troops.

As of March 16, the UN migration agency estimates that nearly 6.5 million people have now been displaced inside Ukraine, in addition to the 3.2 million refugees who have already fled the country.

The estimates from the International Organisation for Migration suggests Ukraine is fast on a course in just three weeks towards the levels of displacement from Syria’s devastating war – which has driven about 13 million people from their homes both in the country and abroad.

“I want everyone to hear me now, especially in Moscow. The time has come for a meeting, it is time to talk,” he said.

“The time has come to restore territorial integrity and justice for Ukraine. Otherwise, Russia’s losses will be such that it will take you several generations to recover.”

“This is a deliberate tactic … This is a war crime and they will answer for it, 100 per cent,” he said.

Russia and Ukraine have been engaging in peace talks via video conferencing in past weeks with both parties announcing some form of progress.

Chiamaka Okafor is a reporter at Premium Times in partnership with Report for the World, which matches local newsrooms with talented emerging journalists to report on under-covered issues around the globe.