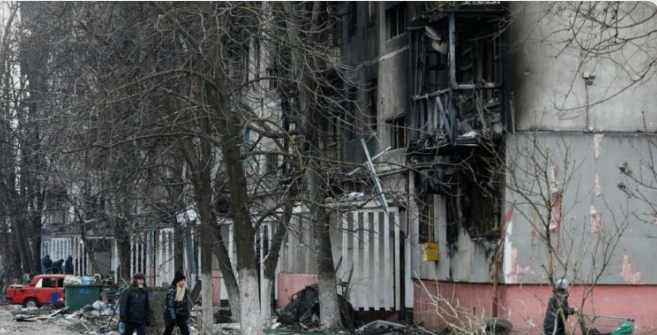 An art school being used as a shelter in the besieged city of Mariupol has been bombed by Russian forces, according to Mariupol city council in a statement on its Telegram channel.

About 400 people were sheltering in the building, which was destroyed in the attack, the council said.

Information on casualties is still unclear but people remain trapped under the rubble.

The bombing happened few days after Russia bombed a theatre in the same city.

It is still not clear how many people survived the attack on Wednesday.

A satellite image released Saturday showed two thirds of the building – also being used as a shelter – had been completely destroyed.

The theater was clearly marked with the word “children” in large Russian writing visible from the air.

Estimates of how many people were inside at the time of the attack range from 800 to 1,300.