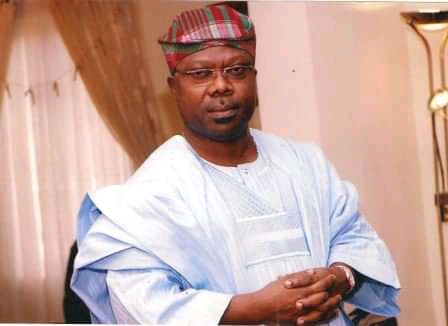 The Osun Progressives (TOP), a group within the All Progressives Congress (APC) in Osun State has condemned the consensus for Senator Iyiola Omisore to become the National Secretary of the party.

The group, which said it rejected his candidature in its entirety, described it as selfish and an imposition clothed in consensus.

It revealed that it was clear the party leaders who ratified Omisore were only interested in protecting their selfish interests at the expense of the wellbeing and progress of the party.

In a statement signed by its Chairman, Adelowo Adebiyi, the group stated that it had noted the dangerous dimension that some leaders of the party within and outside the State are taking to realize their ambition.

According to Adebiyi “As a caucus of progressives, we owe ourselves a duty to caution our leaders and other members of the party on the forthcoming National Convention of the party, as regards the inordinate ambition of Senator Iyiola Omisore.

“Omisore joined our party in 2021. Before then, he had been a consistent antagonist of our tendencies. He was one of the military politicians who found abode in AD before he joined the PDP when his inordinate ambition could not be realized. He was in PDP between 2002 and 2018. He joined SDP in 2018 to contest the governorship election where he lost to Governor Gboyega Oyetola. He joined the APC to save his face.

“It is unfortunate that a set of people have found an ally in a person described as ‘a wolf in wolf clothing’ by Chief Adebisi Akande, who said Omisore crept into his life like a silent malignant cancer. It is more unfortunate that the leaders, among who are two governors in the South-West, are supporting a stranger who does not share or believe in the progressive’s ideology to take over the Secretariat of the party.”

Adebiyi, who warned that the undemocratic behaviour of the APC leaders was becoming an albatross to the conduct of the operation of the party, added that it may cause disaster if not curbed.

“The way the few leaders carry on with the affairs of the party by taking for granted the feelings of other party members may cause APC self-immolation as the PDP had experienced.

“The few leaders, especially in these circumstances, have behaved in worse manner than the ‘Yahoo-Yahoo Governors as christened by Governor Rotimi Akeredolu,” he added.

Adebiyi, who is a former APC chairman in the State, reiterated that the party never held a meeting to decide on a consensus.

Adebiyi also called on the people to prevail on the Osun governor, Adegboyega Oyetola not to solely sponsor a candidate for the position of National Secretary zoned to Osun, as this would be an affront to the well stated and accepted opinion and also be turned as dancing on Bola Ige’s grave.

It was earlier reported that Senator Iyiola Omisore, a former deputy governor of the State under the Alliance for Democracy (AD) and gubernatorial candidate of the Peoples Democratic Party (PDP) and the Social Democratic Party (SDP) in the 2014 and 2018 Osun gubernatorial elections, had indicated interest in contesting for the APC National Secretary position which had been zoned to Osun State.