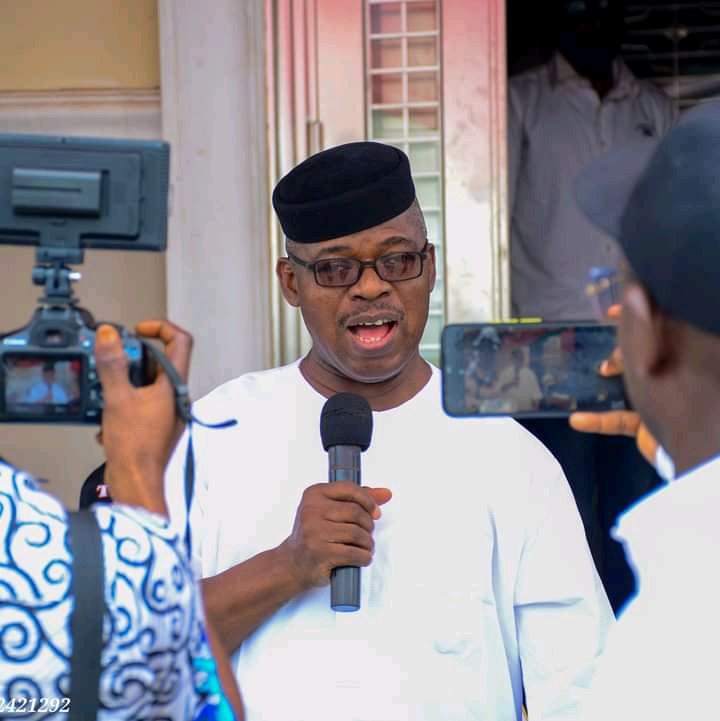 Former governor of Ekiti Stste and the Social Democratic Party candidate in the June 18 governorship election in Ekiti State, Chief Segun Oni, has appointed a former High Commissioner to Canada, Amb Dare Bejide, as the Director-General of his campaign organisation.

Mr Jackson Adebayo, Director of Media and Publicity, Segun Oni Movement, said the appointment is the beginning of the campaign by the party as stipulated in the Independent National Electoral Commission timetable for the governorship election.

In a statement in Ado Ekiti, on Monday, titled, ‘Segun Oni appoints campaign DG’, Adebayo stated that the new campaign boss, “is a legal luminary who hails from Ilawe in the Ekiti South West Local Government Area of the state, and a former Secretary to the Ekiti State Government and former governorship candidate.”

He described the choice of Bejide as “a blessing to the campaign organisation going by the antecedents of the first Secretary of the Peoples Democratic Party in Ekiti State and also the first running mate to the governorship candidate of the party in 1999 election.

“We, therefore, enjoin all
our members and supporters of Asiwaju Segun Oni to give him (Bejide) the necessary cooperation as we prosecute the campaign to victory on June 18 governorship election.”