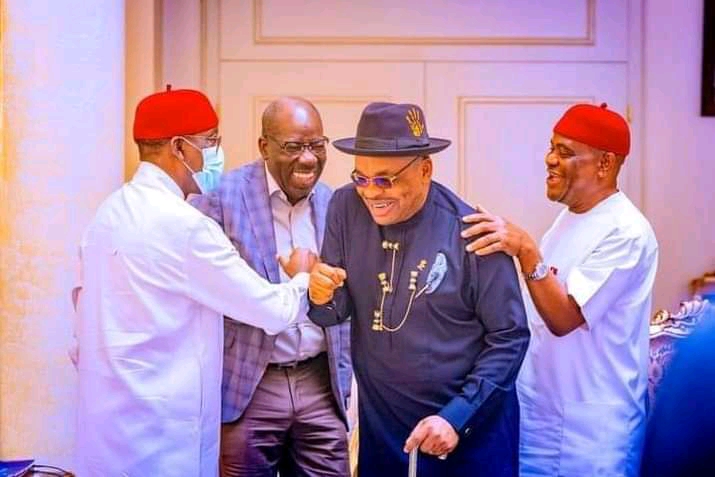 Yesterday, the Southsouth leadership of the party made up of governors, federal lawmakers, former governors and other stakeholders demanded that the zone should be handed the ticket “in the spirit of fairness, equity and justice.”

But the party, through its Publicity Secretary, Debo Ologunagba, declared that it would not stop presidential aspirants from the North who have indicated an interest in the ticket.

At yesterday’s summit in Uyo, the Akwa Ibom State capital, the Southsouth leaders warned that the party might lose the opportunity to retake power if it failed to allow its stronghold to produce the candidate.

The communique of the summit with the theme: “Engendering a Southsouth agenda for 2023 and beyond,” read by the Minority Leader of the House of Representatives, Ndudi Elumelu, said: “The zone is fully in support of the position of the Southern Governor’s forum that the next President of Nigeria must come from the Southern part of Nigeria.”

The governor said having consistently voted for the PDP since 1999, the party should not ignore the Southsouth’s contributions to its success.

Wike charged his colleagues, National Assembly members and other stakeholders from the zone to set aside their differences in the overall interest of the PDP.

The governor said PDP had realised its past mistakes, and would not take Nigerians for granted when given another opportunity.

Wike said the Federal Government’s declaration that it had deleted Section 84(12) of the Electoral Act smacked of corruption.

However, no aspirant in the Southsouth zone, apart from Dele Momodu, has indicated interest to vie.

Edo State Governor Godwin Obaseki was the only Southsouth PDP governor absent at the meeting. He has been having a running battle with Wike. (The Nation)