2023: The Most Powerful People Are The Voters- Adewole Adebayo 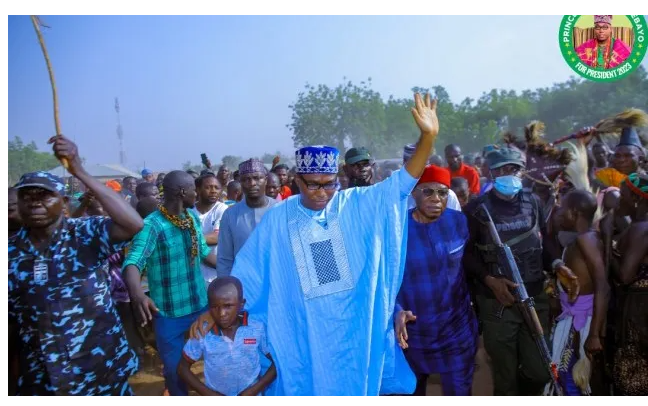 A Presidential aspirant on the Platform of Social Democratic Party(SDP), Prince Adewole Adebayo has urged Nigerians to be a participant in the 2023 general elections.

Prince Adebayo said the most powerful people are the voters even though they don’t realize it in many cases.

He said “The reasons why voters are important is that when all the noise making has been done, rallies have been held and all kinds of jamboree have taken place, on the day of the election, everything is quiet, it is now left to the voter and their conscience.

“So if our people start to participate from the beginning and start to interrogate politicians, I know it is easy to say these things but very hard to do it, but we have to do it because once you do it, you have peace.”

He continued, “People have to desire a free and fair election it has to be one of their prayers points because how I get to know that Nigerians want something is when they put it in prayer.

“So when a free and fair election becomes the prayer point of Nigerians and they demand it and to be free means to be free from violence, disruptions and all of that. To be fair means that you give each person an opportunity to play by the rules and some of the rules are in the hands of the government, like the Electoral Act which President Buhari could have refused to sign or the National Assembly could have refused to pass, those are governmental actions”, He said.