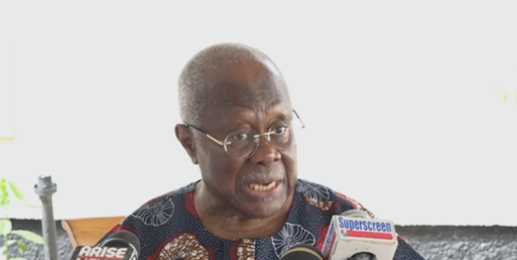 Chief Bode George, a chieftain of the Peoples Democratic Party (PDP) in the Southwest, has disclosed why he is against Bola Tinubu, an All Progressives Congress, APC, Presidential aspirant, becoming Nigeria’s president in 2023.

The PDP chieftain said Tinubu had completely taken over the resources of Lagos State.

George, however, stressed that he has nothing personal against the APC national leader.

He said the National leader of APC should allow power to change hands because he has been in charge for too long.

Appearing on Channels TV’s Politics Today on Tuesday, George said: “He has completely annexed the resources of my State.

“I have absolutely no personal grudge against Tinubu. What I have against him is the plundering of the finances of the State.

“This fellow has plundered and mismanaged the finances of this State to a stupor that calls for attention.”