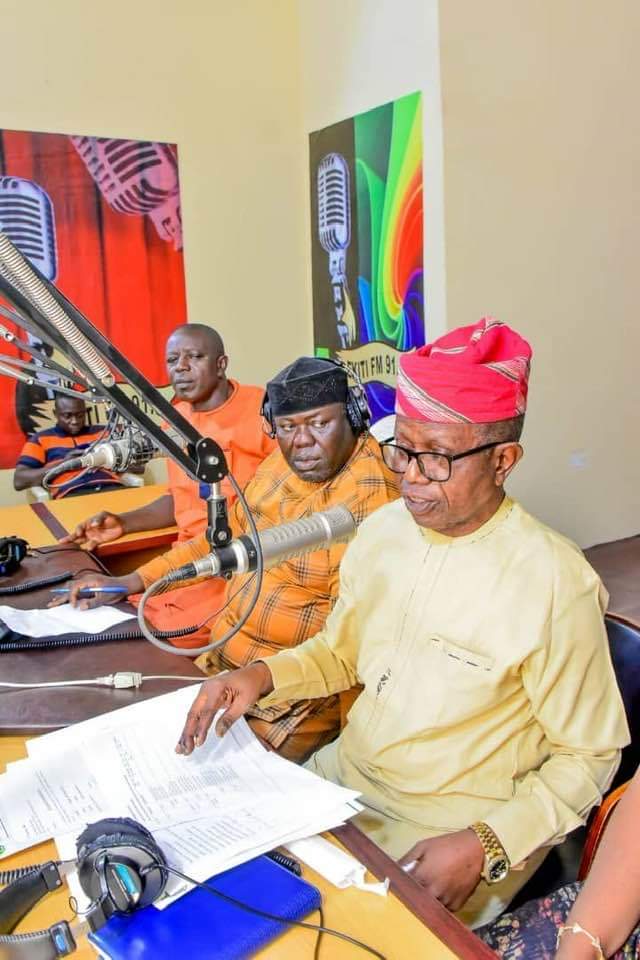 Ekiti State Government says it will erect more infrastructural projects across the villages and communities to ensure meaningful development in the state.

The Chairman, Ekiti State Community and Social Development Agency, EKCSDA, Chief Akin Fasae made this known while featuring on the a live Radio program, “S’etigbo?” sponsored by the government to showcase achievements of Governor Kayode Fayemi in office.

Chief Fasae who explained that many projects were currently being executed in about twenty communities in Ekiti, listed some of the projects to include modern healthcare centres, VIP toilets, motozised boreholes, construction of lock – up shops ,renovation of classrooms and procurement of science equipments for schools

He said that the projects which were facilitated by Governor Fayemi from the World Bank aimed to build on the existing infrastructure and social amenities at the grassroots.

Chief Fasae said that the projects were being executed in various communities based on request at town hall meetings held with traditional rulers, Chiefs and other community Leaders at the grassroots.

Speaking on the official kick off of electioneering campaigns in Ekiti, the Special Assistant on Media to the Governor, Mrs Mary Omotosho called on the political parties to always do away with issues that could cause disaffection in the society.

She emphasized the need to vote people of impeccable character in the interest of meaningful development and sustain a peaceful society.

In his own contribution, the Senior Special Assistant on Public Affairs, Chief Niyi Ojo noted that political propaganda by the opposition aimed at discrediting the present administration in terms of performance would only go a long way to promote the Governorship candidate of the All Progressives Congress to emerge winner in the June 18 election.