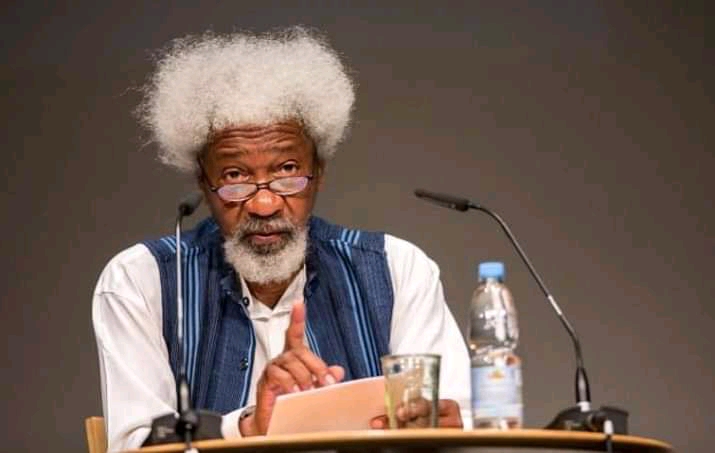 Nobel Laureate, Professor Wole Soyinka has described the demands of some indigenes of Ile Ife, the host of Obafemi Awolowo University, OAU that the next Vice Chancellor of the institution must be from the ancient town as crazy.

Soyinka, a former lecturer at OAU said this while speaking in conversation with Professor Wale Adebanwi, Presidential Penn Compact Professor of Africana Studies, Department of Africana Studies, University of Pennsylvania, against the backdrop of incessant kidnappings, ritual killings and violence that have become the order of the day in Nigeria on Wednesday.

Activities at the elite institution were grounded in the past few days as some indigenes of Ile-Ife invaded its campus, armed with charms and other fetish objects, protesting against the appointment of a non- indigene as the institution’s Vice-Chancellor.

On Monday, the protesting Ife indigenes closed the university’s two major gates as early as 6.00 a.m, thereby preventing vehicular movement from coming into the campus, while those inside the campus were disallowed from leaving.

The protests followed the announcement of Professor of Agricultural Economics, Adebayo Bamire, as the 12th substantive Vice-Chancellor of OAU by the that the University Governing Council led by its Chairman, Chief Owelle Udoji, last Thursday.

The protesters also beat up workers, particularly the staff of the Security Unit, and vandalised their office at the Main Gate, according to a statement from the University on Monday.

But asked to express his reaction to the agitation of some indigenes of Ile-Ife that the Chancellor of the Obafemi Awolowo University must be an indigene of the ancient city, Soyinka lambasted the protesters, saying: “Why should there be an Ife VC anywhere?”

He also called on Ife people who do not share the idea being peddled by the protesters to speak up and be in the forefront of efforts to tackle their ugly campaign.

Soyinka said, “An Ife person wrote me and say, look at these people disgracing us. I told him go there and disgrace them. You are an Ife person. You should be in the front line. The Ife people should say those people don’t belong to us, we don’t know where they came from. And they should be dealt with ruthlessly. Why should there be an Ife VC anywhere. I just don’t understand what they put in the water these days. It is crazy.”