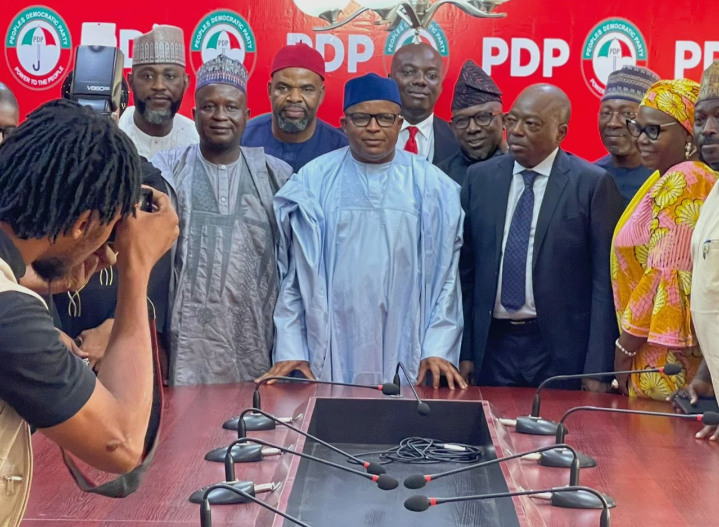 A support group under the auspices of Friends of Aminu Tambuwal has purchased the expression of interest and nomination forms for the Sokoto governor to contest the 2023 presidential election on the platform of the Peoples Democratic Party (PDP).

The group, led by Aree Akinboro, picked the form for Tambuwal on Thursday at the party’s headquarters in Abuja.

The PDP had fixed May 28 for the selection of candidates to represent the party in the 2023 election.

The expression of interest form cost N5 million while the nomination form is N35 million.

Speaking on behalf of the group,  Akinboro said Tambuwal possesses the capabilities to lead the country.

“Tambuwal is someone we have all known for 30 years and nothing has changed about him,” he said.

“He is humble, focused and intelligent. People asked if he has the money to pursue this ambition, that is why we are here to buy this form for him. He is not aware but we as professional and apolitical, we want him to lead.”

On the zoning debate, Akinboro said Nigerians should focus on who can engender change.

“As regards zoning, we believe Tambuwal is a native of Nigeria and this is someone who is at home in all parts of the nation,” he said.

“Just look at us, we have Yoruba, Igbo, Ibibio, and we are saying, PDP, put your best foot forward. You can see there are no money bags here, but the little we have, we will use it for him.